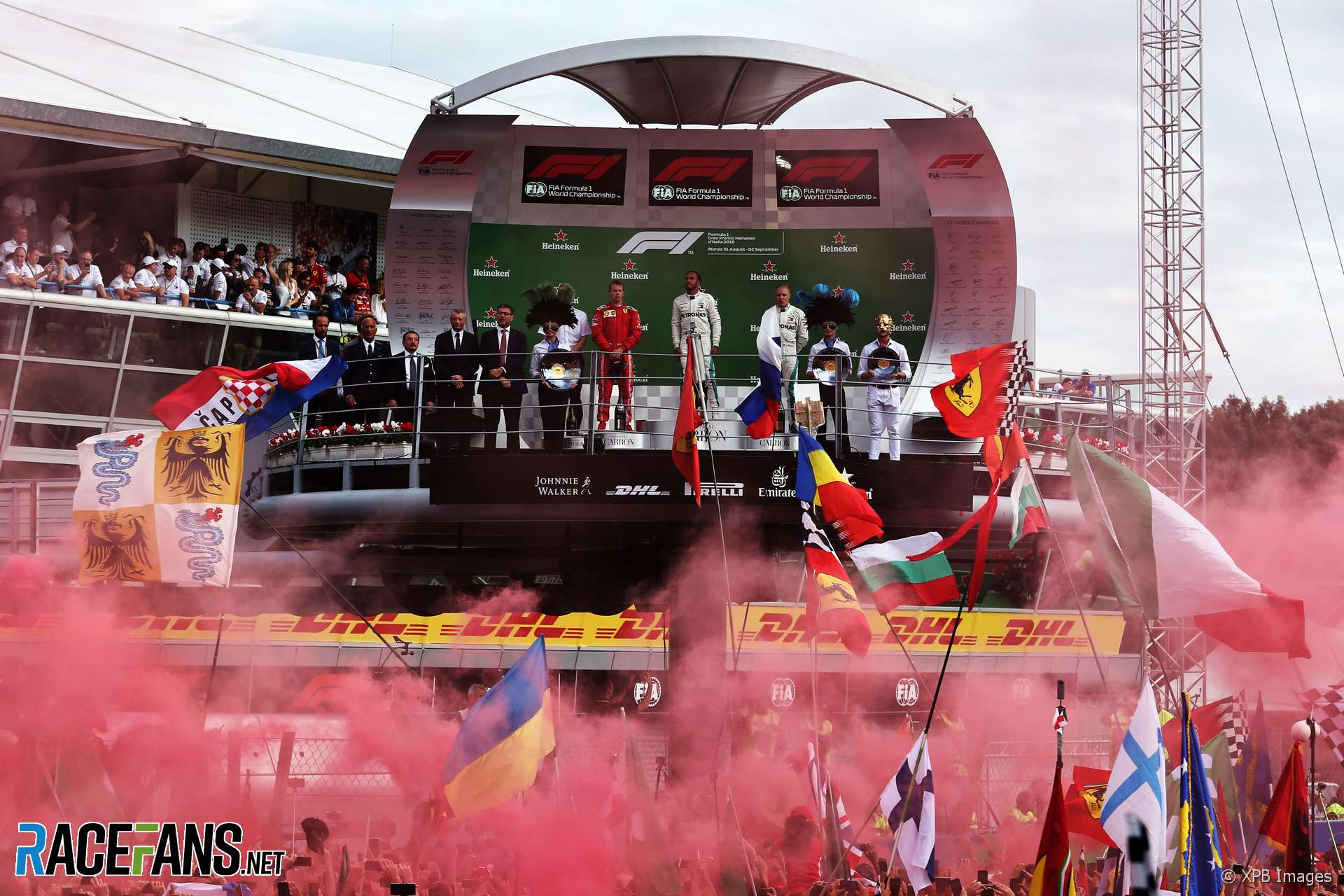 Lewis Hamilton shrugged off the negative reception he received following his victory in yesterday’s Italian Grand Prix but admitted he doesn’t understand why spectators boo some drivers.

Hamilton and Mercedes team mate Valtteri Bottas were booed throughout the podium ceremony after finishing first and third respectively, separated by Kimi Raikkonen’s Ferrari. Asked in the post-race press conference whether he considers it acceptable behaviour Hamilton stopped short of criticising Ferrari’s supporters but said it isn’t something he does.

“I think it’s acceptable. It’s done in every sport. If I’m really honest, I don’t understand it.

“In the arena that we’re in, it is very easy to allow it to get to you, to allow it to have an impact on your life and have you think about it, all these different things. But it is also quite easy to harness it and use it and that gave me so much motivation today. I welcome it. If they want to continue to do it, that just empowers me.”

Hamilton has previously urged his own supporters not to boo his rivals, such as Nico Rosberg. He added his appreciation for his fans who had come to Ferrari’s home race to support him.

“I know I’ve got those individuals who are out there who travel the world to support me. I know they’re there. Really proud of them.

“Obviously when you’re in a big crowd, a big sea of red and there’s the booing and then there’s you with the one flag… you know you notice there’s one guy standing there with a flag or there’s a kid waving it and you can imagine being surrounded by that, feeling the heat on him, because all eyes are on him or her. I really just appreciate that and respect it so much.

“So I really do try, like on the podium and on the parade lap and when I was driving round, to point out… it’s hard to point to a big crowd and them know that you’re pointing at them but I try to point out and know that I acknowledge them and appreciate them.”