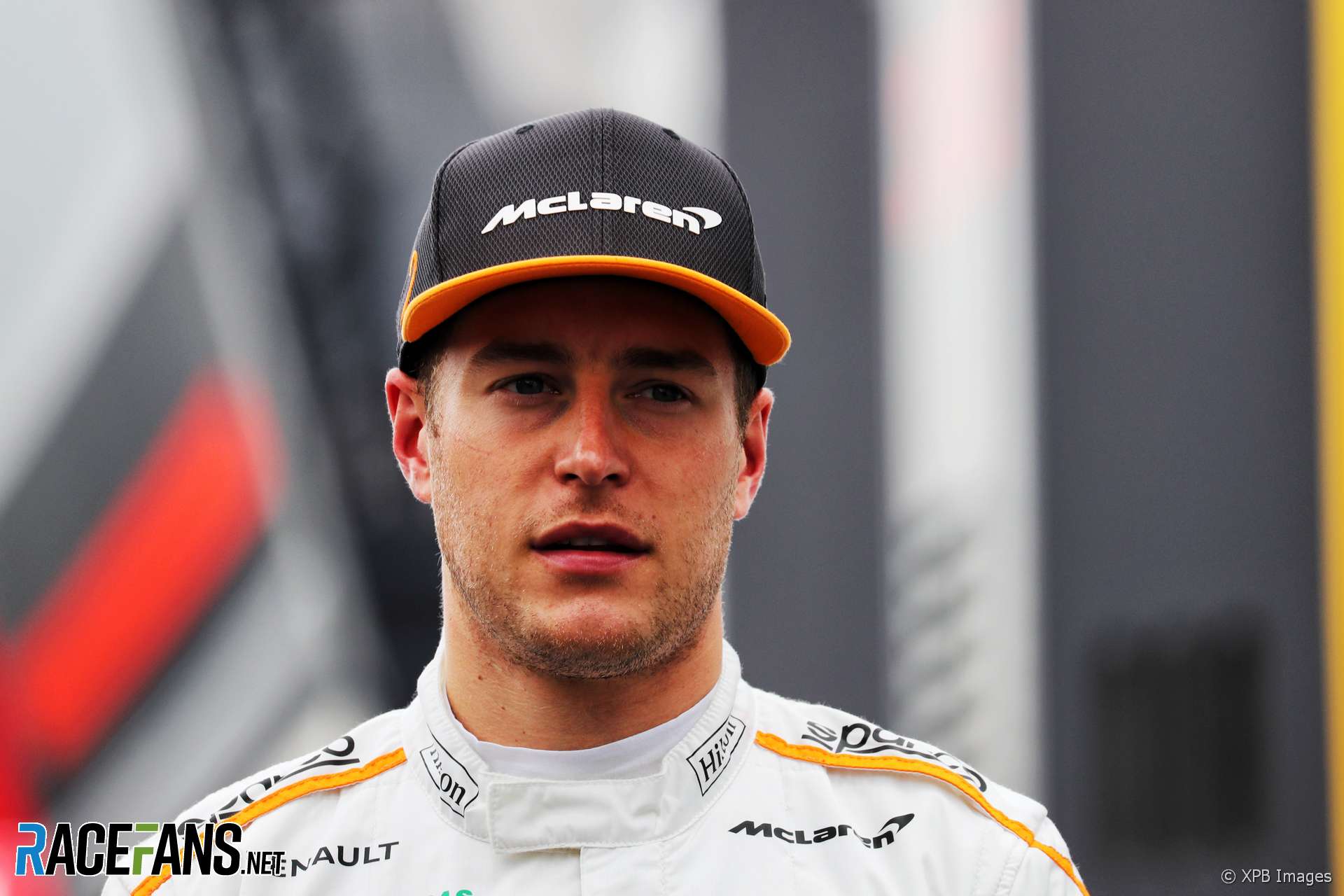 Stoffel Vandoorne will leave McLaren at the end of the year, the team has announced.

“We’re immensely thankful for Stoffel’s dedication, hard work and commitment during his time at McLaren,” said McLaren Racing CEO Zak Brown. “He’s a talented racing driver with an incredible list of accolades in his junior career. We’re proud to have played a part in his break into Formula 1, from his role as test driver to his fantastic points-scoring debut in Bahrain in 2016.”

The news means McLaren will have a completely new driver line-up next year, as Carlos Sainz Jnr will take Fernando Alonso’s place at the team. Vandoorne has struggled alongside Alonso this year and has been out-qualified by his team mate in all 14 races so far.

However Brown admitted Vandoorne hasn’t had a competitive car during his time at the team.

“It’s clear we haven’t provided Stoffel with the tools to show his true talent,” said Brown. But throughout our relationship he’s proved to be a fantastic team player.

“His work ethic is impressive, he has a great reputation within the team and we’ve really enjoyed working with him. Of course, we would have loved to achieve more success during our time together, but that doesn’t detract from the fact that he will always be a part of the McLaren family of grand prix drivers.

“For now, we look to the future and to the remaining grands prix in 2018, where I know both Stoffel and Fernando will be pushing hard to fight for as many points as possible before we close the curtain on this season.

“We wish Stoffel all the best in whatever direction he chooses to take next in his career, and we’ll be supporting him all the way. We will announce our full driver line-up for the 2019 season in due course.”

Vandoorne joined the team’s young driver programme five years ago. He made his debut for them as a substitute for Fernando Alonso in the 2016 Bahrain Grand Prix, and started his first full season at the team last year.

“I’m very grateful to McLaren for investing their faith in me over the past five years,” he said.

“While we haven’t achieved the success we’d all hoped for, I’ve really enjoyed the past two seasons racing for McLaren and I have a great relationship with everyone in the team.

“My time at McLaren has been a great chapter in my career and I’m thankful for the opportunity the team, Shaikh Mohammed bin Essa Al Khalifa and Mansour Ojjeh have given me to gain valuable Formula 1 experience and develop as a driver. I intend to give it my all for the remaining seven races of this season, and will announce my plans for next season in due course.”

McLaren said last week it will announce its driver line-up for the 2019 F1 season by the end of this month.