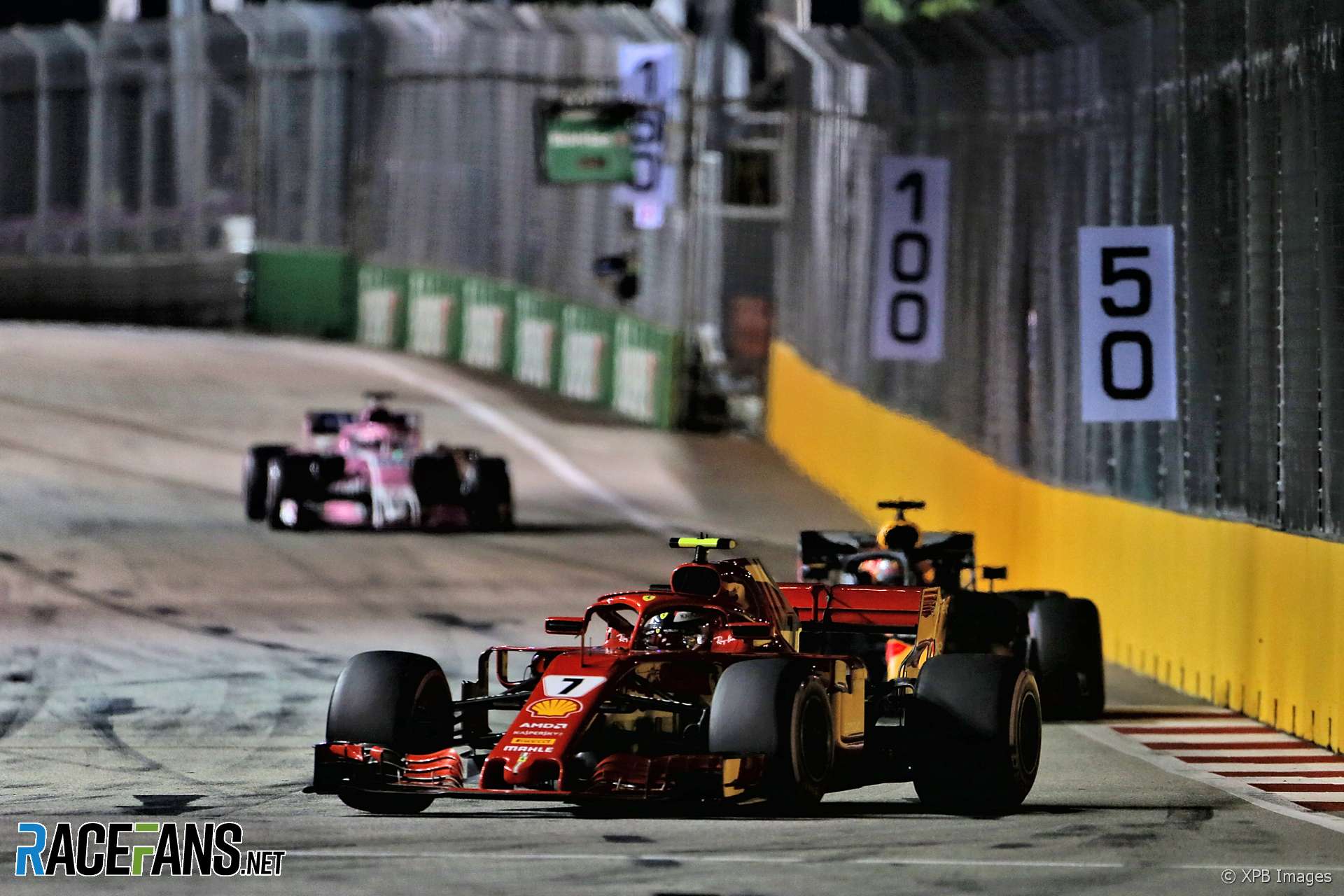 In the round-up: Daniel Ricciardo was unable to attempt to pass Kimi Raikkonen in Singapore because the Ferrari driver was also able to use DRS, says Christian Horner.

Horner explained Ricciardo’s strategy and why the ‘DRS train’ prevented him from being able to attack Raikkonen, who was close behind Valtteri Bottas.

The only option was to try and run longer, save his tyres in the first stint that he did. He then led the grand prix for four or five laps which would enable us to let him get onto the ultra-soft, the slightly quicker tyre, with 13 laps less on it than Sebastian [Vettel] had, for example.

And then he had great pace in the car. But catching was one thing, overtaking as we saw today was another. Especially with them in a DRS train with Bottas and Raikkonen, he could get up to the back of them very easily but couldn’t attack. So therefore he dropped back, cooled the tyres down, had another go.

Finally a reply from @f1 about their terrible tv service. They are telling me because there was a major issue with the broadcast of the Singapore Grand Prix they will not be offering a refund for that particular GP. Only for 4 of them they believe I’ve had an issue with.

"In IndyCar they have reduced the levels of downforce substantially, and at least on the road courses the drivers are very positive about the style of racing. They have some issues on the ovals, but that is a pretty unique environment."

"The wrongful death lawsuit filed by the parents of Kevin Ward Jnr against Tony Stewart was officially dismissed Tuesday."

"First-day sales of tickets and parking for what is being called by Sebring Raceway the 2019 “Super Sebring” rose more than 314% over opening day ticket sales for the 2018 event."

Is Raikkonen right to stay in F1? (BBC)

"The results haven't been there of recent years. He hasn't outperformed a team-mate since the first half of 2013 against Grosjean in the Lotus. In 2014, he scored a third of the points of team-mate Fernando Alonso on his return to Ferrari."

"When it comes to fighting your team-mate, given that his future team-mate is potentially Lance Stroll, that first lap touch with Ocon could turn out to have been very expensive for him."

Have races like Singapore showed the rule forcing drivers in Q3 to start on old tyres hasn’t helped improve the racing?

At this point I don’t know that starting the race by using your Q2 qualifying tyres is supposed to do. It just makes sure that everyone in the top 10 does the exact same change and they race with the same compound.

If they had free choice we could have different strategies inside the top 10, depending on how each car works with each tyre type.
Iosif (@Afonic)