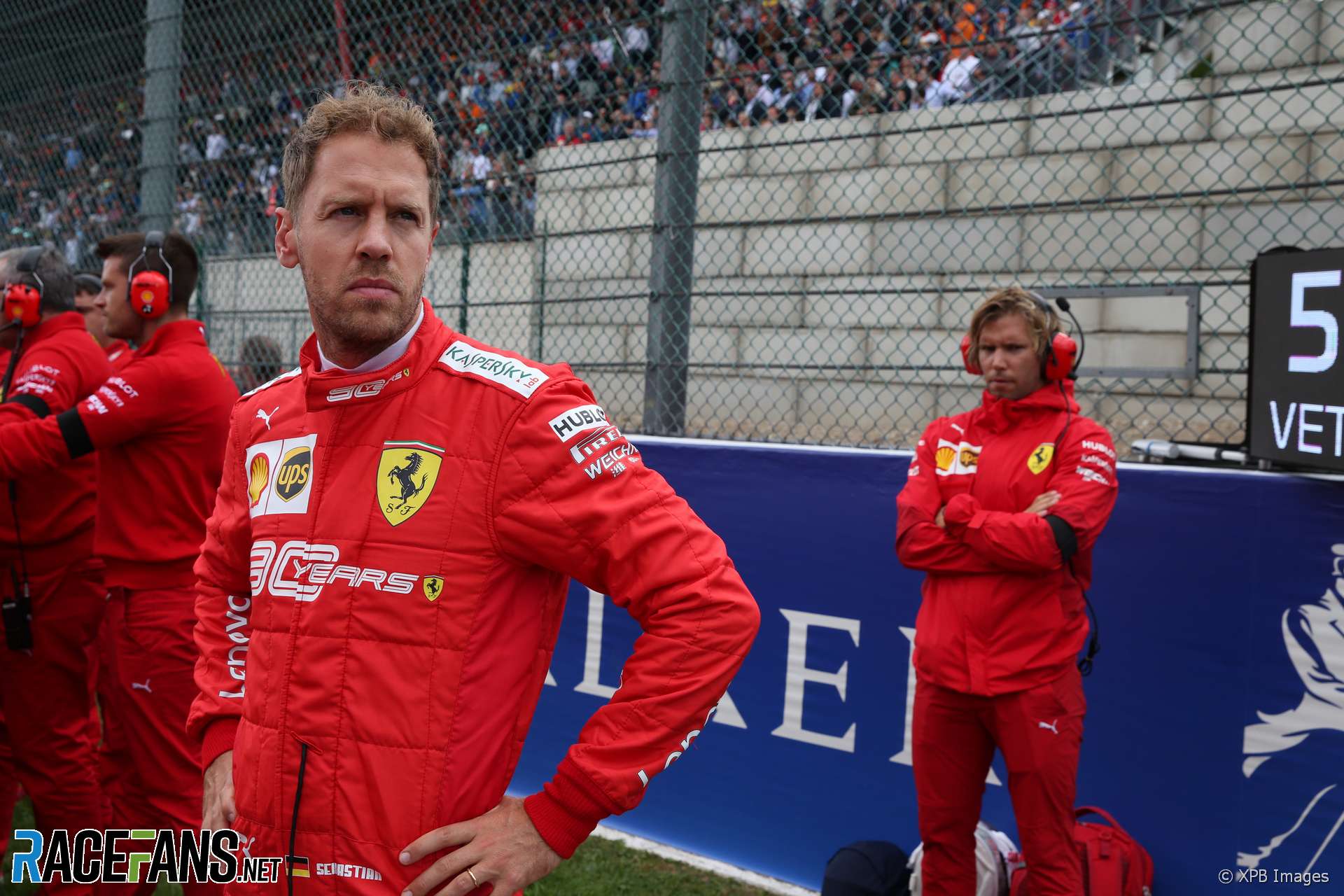 Sebastian Vettel has overtaken Max Verstappen and Romain Grosjean to become the Formula 1 driver who has scored the most penalty points since the system was introduced.

The Ferrari driver was given three penalty points on his licence for causing a collision with Lance Stroll when he pulled onto the track in the middle of Monza’s Ascari chicane last weekend.

Vettel has now amassed a total of 24 penalty points for 10 separate offences. Verstappen and Grosjean have scored 21 each.

No Formula 1 driver has ever reached 12 penalty points within a 12-month period, which would result in an automatic one-race ban. Vettel is on nine points for the current period.

He is not due to have any penalty points deducted until October 20th. Therefore if Vettel earns three penalty points over the next three races in Singapore, Russia and Japan, he will incur a one-race ban.

Earlier this year Formula 2 driver Mahaveer Raghunathan was banned for one event after exceeding 12 penalty points in nine races. He has since returned to racing and is now four penalty points away from a second ban.