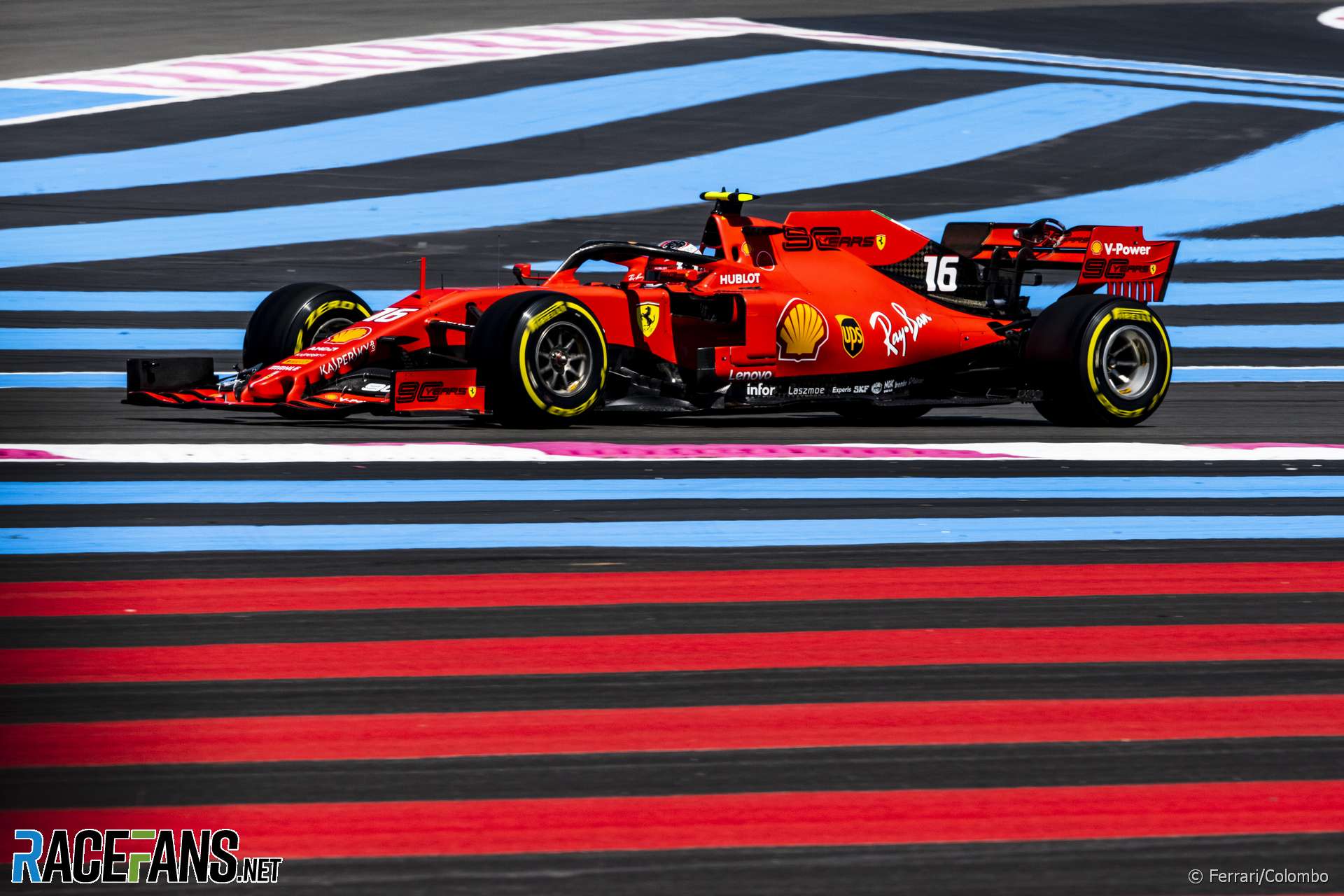 In the round-up: Charles Leclerc says a significant change to his approach to qualifying gave him the upper hand on Saturdays over his team mate.

Leclerc, who began a nine-race run of starting ahead of Sebastian Vettel at the French Grand Prix, was asked in Japan whether he’d recently changed his approach to F1:

I changed quite a big thing nine or 10 races ago. But since the summer break, not so much, not something I can remember. I just take confidence that the team is getting better and better, we are working in the same direction and I think at the moment it’s paying so it’s good to see that.

[It was] just the approach to the qualifying especially after Baku. After I crashed in Q2 I was very, very disappointed and I changed a few things to just have a better build-up until the last Q3 lap and I think that has helped me a lot.

Three F1 outings coming up in the next three races for 2020 Williams race seat candidate Nicholas Latifi. He'll drive Robert Kubica's car in first practice on Friday at Autodromo Hermanos Rodriguez and George Russell's in the same session at the Circuit of the Americas. #F1 #MexicoGP #MexicanGP #USGP #BrazilianGP

Yes I was proud of that drive in Suzuka Matt. As an aside much of the latter stages was a negotiation over the radio that my contract and expenses would finally be paid or I would park the car 😮. Payment promised, strong P5, no money 😡. Legal action followed. Funny old game F1 https://t.co/yymSOq6MpF

For those of you that hated the format of the @F1 2018 official season review (and I can't blame you if you did), excellent news in the latest @DukeVideo catalogue that, following fan feedback, the season review is back in its old format for 2019! Four hour review + extras.

Carlos Sainz Jnr: "Jumping to sixth position in the drivers' championship after another strong weekend in Suzuka is encouraging and it only adds up to our motivation to keep pushing until the end of the year."

Robert Kubica: "I am looking forward to going to Mexico City. I only had the chance to drive the circuit in its previous layout for a demo run over 10 years ago, so it will be a new experience for me."

Hypercar/DPi 2.0/Class One – and all that (Daily Sportscar)

"There is again much chatter about the prospects of Hypercar and DPI 2.0, due to launch in 2022, coming together somehow in a form of globalised harmony.   We’ve been here before of course, budgets, disagreement over tech and, let’s be frank, more than a modest dose of unenlightened self-interest, getting in the way of a workable solution."

"What quote to you live by? 'Probably Steve McQueen’s, 'Racing is life, anything before or after is just waiting.''"

Also, for those bashing Hamilton about promoting a greener lifestyle whilst participating in F1, why should it be all or nothing? He is making a big contribution to improving his carbon footprint by switching his diet and promoting the cause. Sure, he’s never going to be carbon zero in a sport such as F1, but nor does he need to be. The thing is, any improvement is better than none at all. Is it pointless driving an electric car if you eat meat? No. Should you just stop recycling if you drive a diesel? No.

There’s a strange perception that unless you’re doing absolutely everything and cutting out absolutely everything then it’s pointless doing anything at all, when that simply isn’t the case. You don’t need to be the complete package of ‘green’ in order to make a contribution. We could all do a little better, make little improvements, without cutting out everything. You don’t stop eating food completely in order to lose weight. Nor do charities stop accepting donations of less than £10,000. Why? Because (at the risk of sounding like a popular supermarket chain) every little helps.
@Sbewers