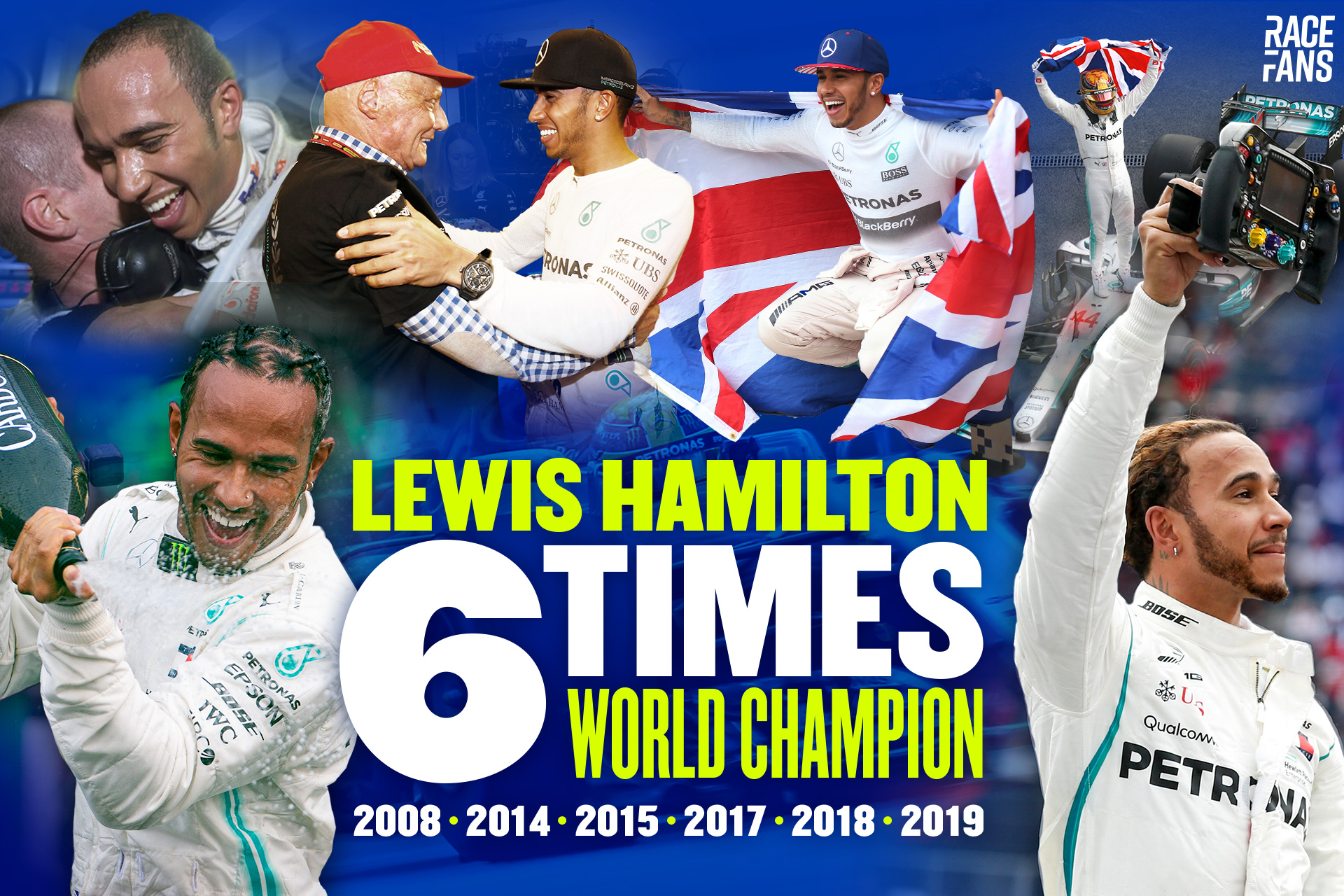 Lewis Hamilton has clinched the Formula 1 world drivers’s championship title for the sixth time in his career.

He is only the second person in Formula 1 history to have won six championships. Michael Schumacher broke Juan Manuel Fangio’s record of five championship when he won his sixth title in 2003.

Schumacher went on to win a record-setting seventh title the following year. Hamilton could equal that in the 2020 F1 season.

Wow what a finish to the championship. I was a bag of nerves throughout the race. Then when Vettel passed Hamilton I was cursing the FIA because it looked like the Spa and Fuji penalties would decide the championship. But then the complete turn around in emotions in the last few corners when Hamilton passed Glock is what sport is all about.
PJA

An unbelievable season for Hamilton. Did not finish the first race, a string of wins to rake back the points to take the lead, then Monaco to Spa with all the ‘mishaps,’ then raking in the wins again to retake the lead. That took immense character and determination against a very able rival. Must rate even higher than his first championship. Congratulations.
David BR2

But seriously if Mercedes are going to boss next season, can Rosberg please vacate his seat for a more reliable foe for Hamilton. This domination by one driver has been going on since 2010 and is really starting wear me out.
Aceace

Now I think this season he has proved to be a little better than Vettel. I mean, before this season I ranked them as equal. But unless Vettel and Ferrari get their act together (and especially Vettel who needs to improve his starts to avoid hitting others) I think Hamilton is closer to a fifth than Vettel.
@Omarr-pepper

Congratulations to Hamilton for the fifth title. And today’s race is a further prove that he didn’t necessarily have the best car. It was and still is mighty close between Mercedes and Ferrari yet Lewis made the championship pretty one-sided tells a lot about Lewis Hamilton. Well done champ.
@AMG44