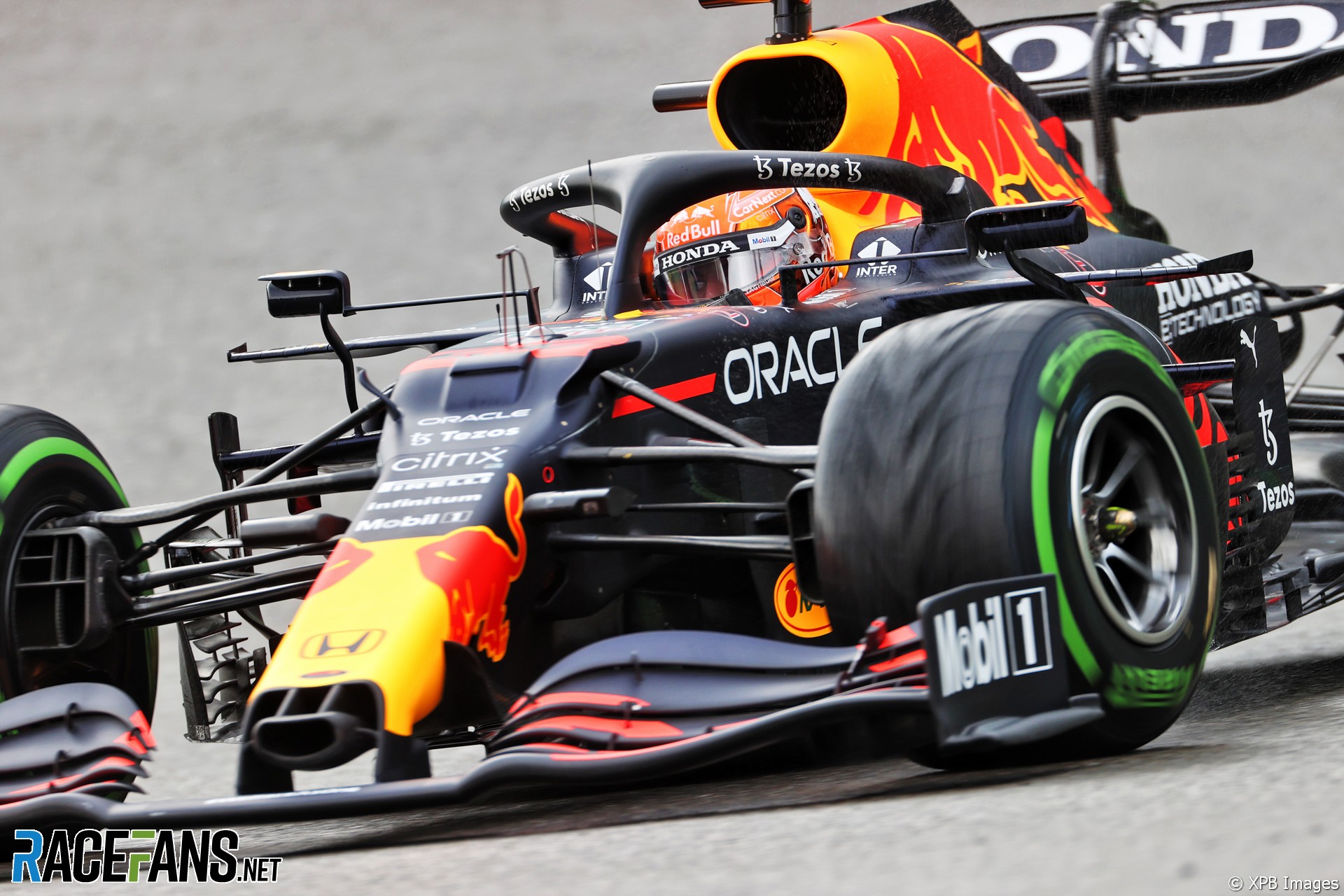 Max Verstappen leads the grid for the 2021 Belgian Grand Prix.