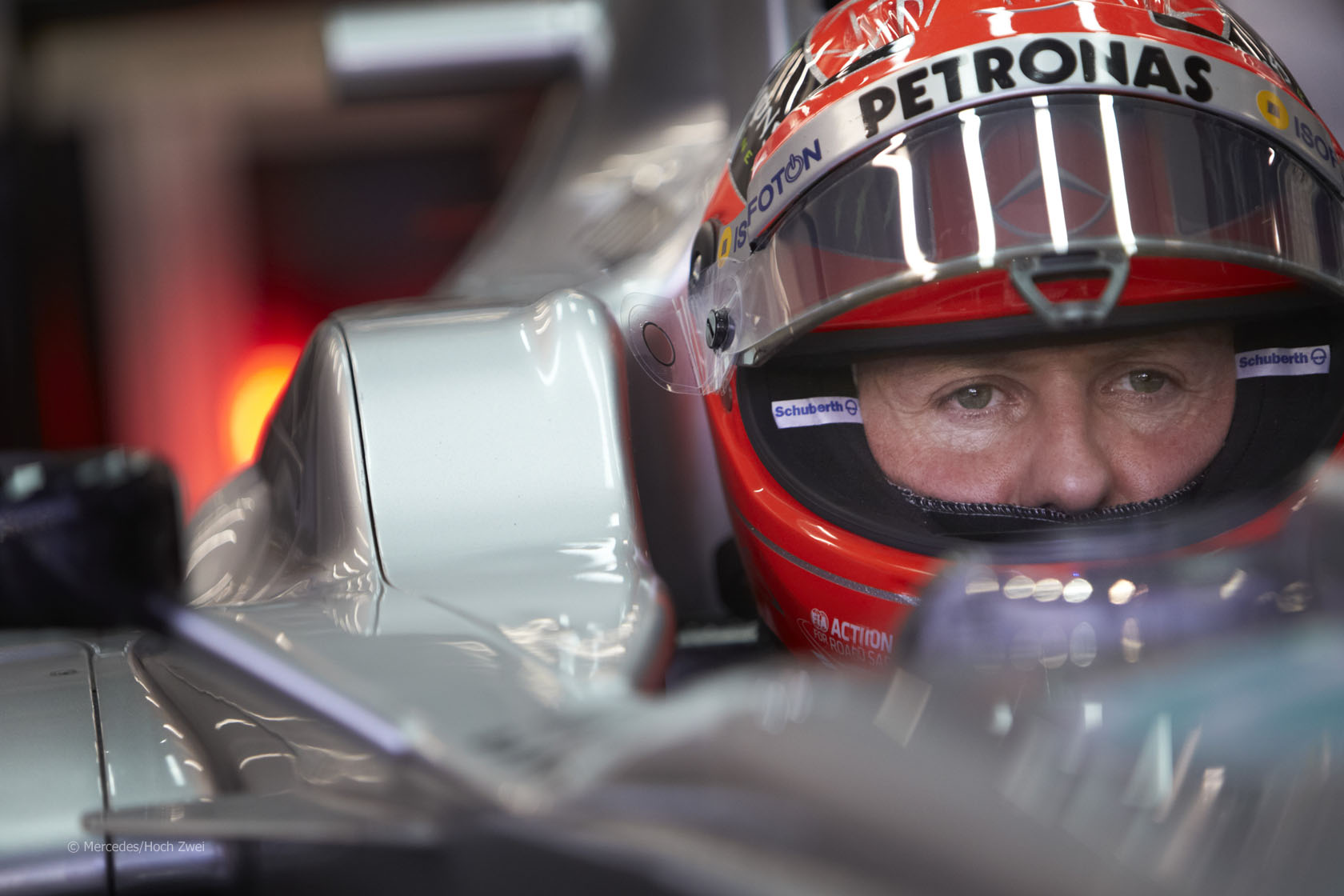 Michael Schumacher is out of a drive at Mercedes for 2013 following today’s announcement that Lewis Hamilton will join the team.

What now for the seven-times world champion? With no seats left at the top teams should he look for a way to stay in F1 or head back into retirement?

The third year of Schumacher’s comeback has been his most promising by far. In the seven races he and Rosberg have finished, Schumacher was ahead in all bar one of them.

His position in the championship does not do justice to his performances. Earlier in the season he lost a stack of points due to various car problems. He began the year holding third place in Melbourne until his gearbox gave up. In China a problem during his pit stop meant he had to retire having been running second.

Schumacher has been on an upward trajectory since returning to Formula 1 and he shouldn’t stop now.

Schumacher was criticised after his embarrassing shunt during the Singapore Grand Prix in which he took out Jean-Eric Vergne. It earned him a ten-place grid drop for the next race as he’d had a similar crash at the Spanish round.

In the three years since he returned to F1 with Mercedes he has failed to emulate the success he enjoyed at Ferrari and Benetton.

With the top seats at Red Bull, McLaren and Mercedes taken for 2013, and a move to Ferrari looking unlikely, he would not be able to drive for a top team, further diminishing his chance of being able to compete for wins.

Rather too much has been made of Schumacher’s mistakes this year. Even when he was at his peak, Schumacher was prone to the occasional blunder, usually when battling in the midfield. In 2004, his most successful season of all, he had scrappy races in China and Brazil.

Schumacher clearly has the appetite to continue racing and although his options are increasingly limited, it’s possible he could. One option might be to ‘complete the circle’ by taking Sergio Perez’s place at Sauber, having been associated with them when they ran Mercedes’ sports car team in the early nineties.

But for a grid penalty and a fuel pressure problem he might have won the Monaco Grand Prix this year. I don’t think a driver who is capable of that needs to hang up his helmet just yet.

Should Schumacher continue in F1? Cast your vote and have your say in the comments.

Should Schumacher keep on racing in F1?

120 comments on “Should Schumacher keep on racing?”