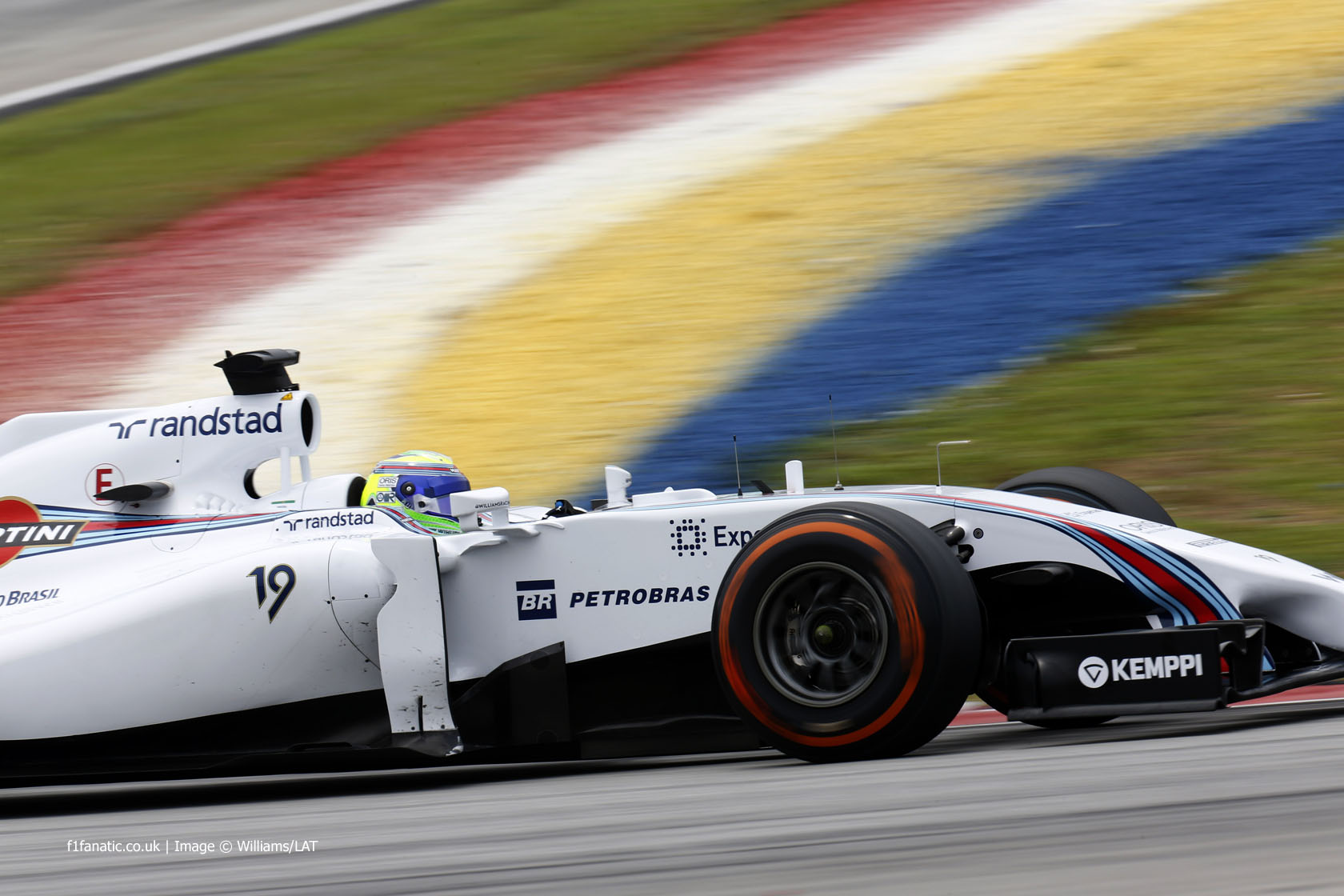 Felipe Massa defended his decision to ignore orders from Williams to let his team mate overtake him in the closing stages of the race.

Massa was leading Valtteri Bottas in the closing stages when Williams repeatedly told him to let his team mate past.

Among the messages given to Massa were “Valtteri’s got better tyres we need to let him go” and “Felipe you’re slower than Valtteri, let him past”. Meanwhile Bottas was being told “You’re faster than Felipe, overtake him.”

However Massa refused to give up the position and finished the race ahead of his team mate.

“I think I did the best I could with my race,” he told reporters afterwards. “I was fighting to the end and my target was to score as many points for the team and me. We’re only in the second race.”

The pair were following Jenson Button and Williams wanted to release Bottas so he could go after the McLaren.

“Valtteri couldn’t pass me so it was going to be difficult to pass Jenson as well,” said Massa. “I don’t think that would’ve changed.”

Bottas disagreed, saying “I think there was a really good chance for me to get Jenson”, but did not comment on Massa’s refusal to let him by.

Williams eventually told both drivers to cool their engines and instructed Bottas to hold position, telling him: “We really need to cool the car, no overtake.”

Asked whether it had been unfair of him to disobey the team’s instruction Massa said: “Is it fair to do the best we can?”

“We have two championships, I respect my job, we need to respect each other.”