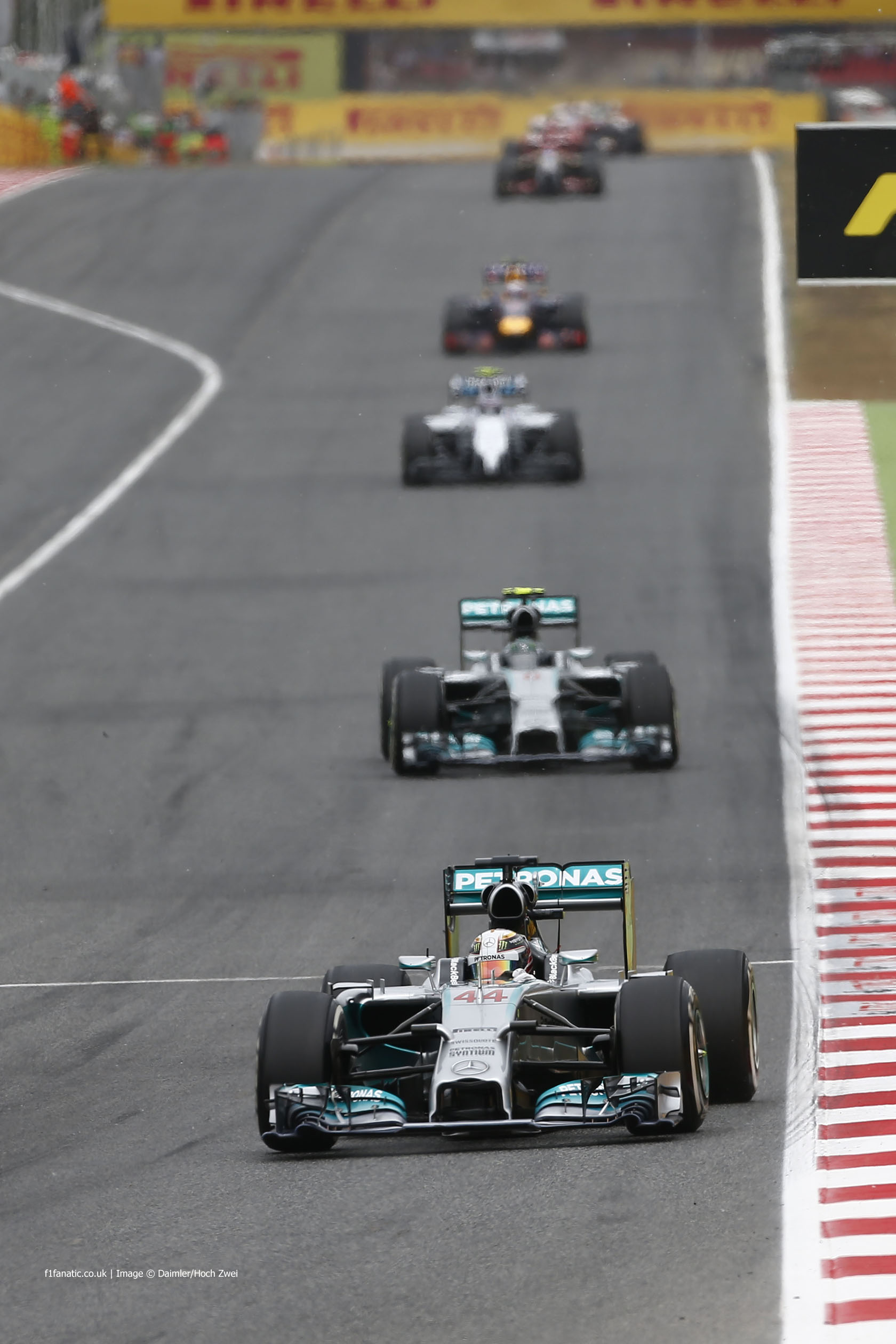 In the round-up: Jenson Button voices doubt over whether anyone besides Mercedes will win a race this year.

“I would be amazed if another car wins a race this year.”

Lack of F1 winners due to spending war – Wolff (Autosport

“It’s clear we are going to see a gap between the smaller and larger teams widening, and that is not what we want. And this is probably the reason.”

Christian Horner: “As you can see we’ve got a very good chassis, I just think that they started too late. It’s as simple as that.”

Moving On Up (Lotus)

Technical director Nick Chester: “There’s acoustic work going on with the FIA at the moment, looking at the shape of the megaphone exhaust because depending on how you shape it you can affect different frequencies. So you can bias it towards the frequencies that you want to pick up. Clearly there is still more work to do. Trying to change the sound using anything other than a new tailpipe would be a major challenge.”

Somewhere on the road to Monaco… Not sure it's the best place for an inaugural #F1TruckGP. Hairpin could be tricky. pic.twitter.com/lMiK86rB7T

Jay’s on form – this is his second Comment of the Day this week:

On F1 and the cost cap, I really don’t see how it can work. Unless you create a franchise like set-up like American sports, there is no way. The debate has raged on in football for years. Michel Platini’s Financial Fair Play will curtail some of the nouveau riche, but it doesn’t necessarily stop the likes of Man City and Paris Saint-German from operating at a loss.

Bernie is a being his usual cheeky self, asking teams to “spend less”. Sure Bernie, I hear Vijay Mallya has got his abacus out. You get the feeling that F1 needs to save itself from itself. Calls to spread the revenue out more evenly is probably a good start, but its just going to be a temporary fix isn’t it? The more money teams have, the more they will spend it, and then in a few years, we’re back to where you started.

This issue with haves versus have-nots will continue to rage until everybody agrees that the sport needs a massive shake-up in its fundamentals.
@JayMenon10

Here’s one for you fans of obscure F1 drivers with unusual names.

Finland has a remarkably successful record in grand prix racing given that only nine drivers from the country have attempted to start F1 races. The only one of those who never managed to get on the grid was Mikko Kozarowitzky, who turns 66 today.

He entered the Swedish and British Grands Prix in 1977, driving a March 761, but didn’t make the grid on either occasion.

57 comments on “Button “would be amazed” if anyone beats Mercedes”