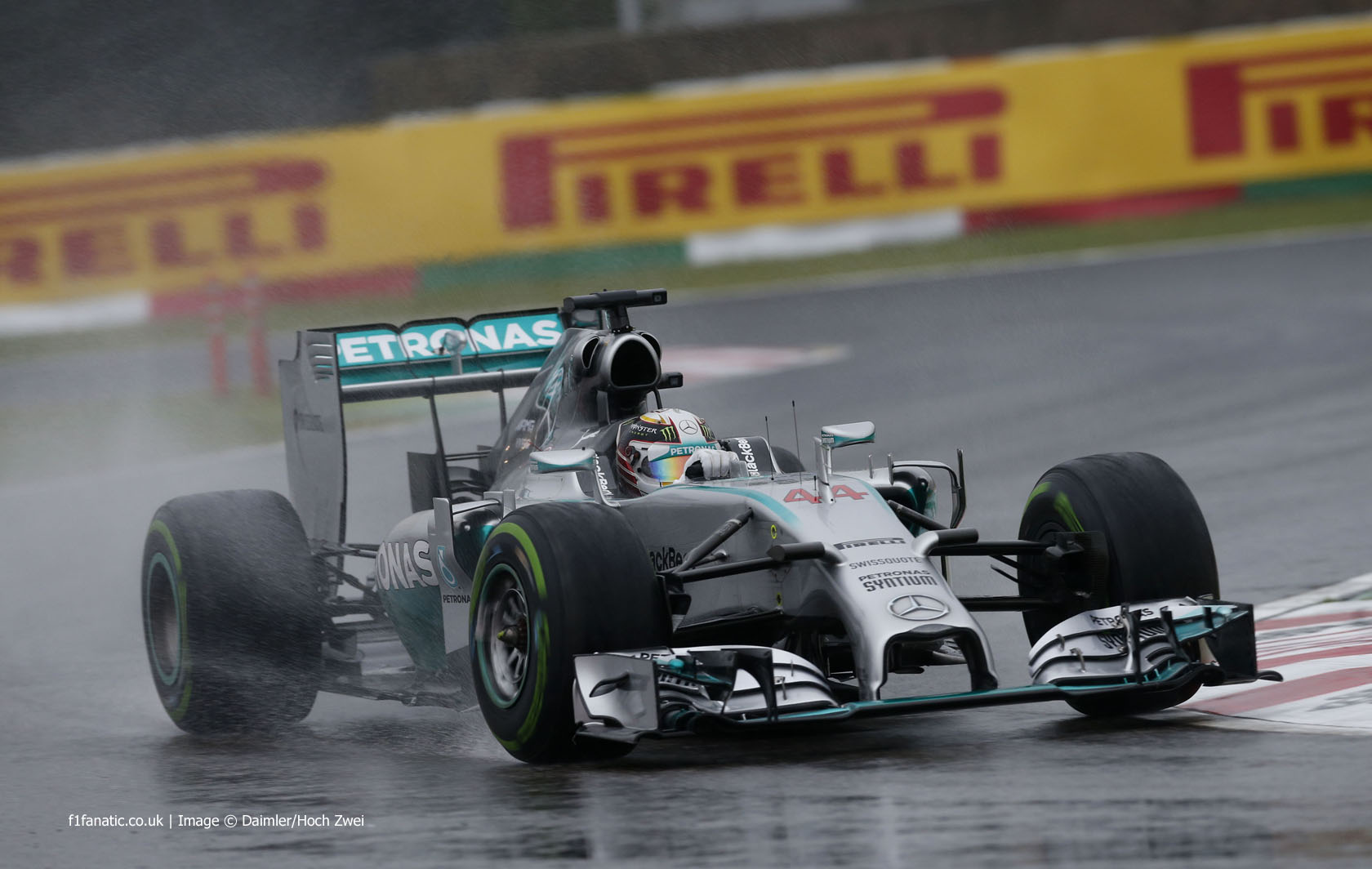 In the round-up: Lewis Hamilton and Sebastian Vettel want the FIA and Pirelli to improve the performance of F1’s wet weather tyres.

Hamilton: “You want a tyre that clears the water. And not forcing us to go on to the inter because it’s so much quicker when it’s probably not safe enough to do so is something I think the FIA and Pirelli will work on.”

“I have a contract for next year and probably for one more year. But I’m not a young guy any more.”

McLaren to bring in major updates before Abu Dhabi (F1)

Eric Boullier: “The reason [for the upturn] is the major upgrade which we brought to Singapore. It is true we have another major upgrade coming before the end of the season. It is not designed to bring advantage for the double points [available in Abu Dhabi], it is more about building the foundations for the future.”

Toto Wolff: “We have barely won one championship and we are already faced with multiple tsunamis hitting us from all sides in order to restore the order.”

Alonso’s Ferrari marriage never lived up to vows (The Telegraph)

“With his old team principal Stefano Domenicali moving to Audi in recent days – for now it is in a non-motorsport capacity – suggestions Alonso will try his hand at Le Mans, a category he has spoken warmly of, will gather pace.”

“It’s unlikely that he will ever become Our Lew. (For which his handlers are probably thankful!) Though his victory at Silverstone was enthusiastically received, it was hardly Mansell-mania.”

Talking about GoPro, there were no news. It was just my opinion. #F1

This epic picture from @dsceditor shows that technical regulations are not always set for reasons of pure car design pic.twitter.com/pRGJZWpbPO

Great to see Niki Lauda telling it like it is about "stupid" double points. https://t.co/VHmlKnJXJ0 #hearhear #F1 #AbuDhabiGP

Has Fernando Alonso left Ferrari yet?

Yawn, most drawn-out high-profile driver move ever. Just get on with it.
@Spawinte

Happy birthday to Kimi Raikkonen who is 35 today!