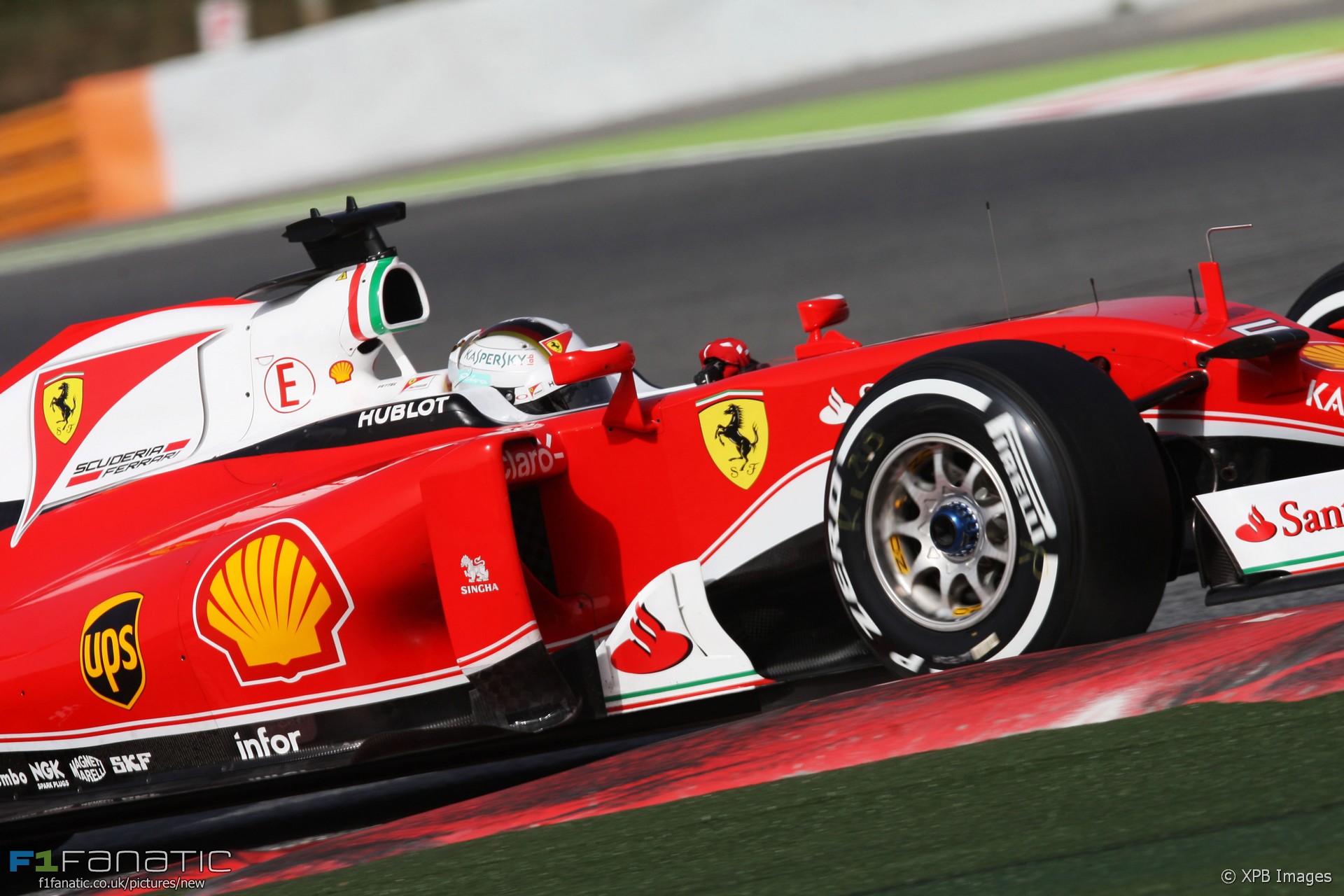 Sebastian Vettel sustained his place at the top of the times sheets on the second day of testing but Mercedes hit new mileage heights.

Vettel lowered his mark from yesterday by over two seconds as he became one of the first drivers to sample Pirelli’s new ultra-soft tyre. However his day ended when his car stopped at turn three with four minutes remaining, bringing the session to an early end.

Meanwhile Nico Rosberg had an even more productive first day in the Mercedes W07 than Lewis Hamilton had 24 hours earlier. He covered a massive 172 laps of the Circuit de Catalunya, more than 800 kilometres. The team also revealed an unusual aerodynamic development dubbed ‘Floor W’.

It was a high mileage day for almost all of the teams. Renault was the only one not to cover a race distance: Jolyon Palmer’s car broke down at turn three, causing the second red flag of the day and ending the team’s running.

With the exception of Manor and Haas the remaining teams all managed more than 100 laps as their new hardware showed impressive reliability early in testing. Max Verstappen caused the one other red flag of the test after his Toro Rosso came to a stop but he was soon up and running again.

Rosberg ended the day with the fourth-fastest time which he set on medium tyres, behind three drivers who had all used softer compounds. Daniel Ricciardo also sampled the ultra-softs and was seven-tenths of a second off Vettel’s pace, while Sergio Perez put his Force India in third place, just one-tenth off Ricciardo’s time on super-softs.

With the exception of Verstappen’s Toro Rosso the remaining drivers all set their best times on soft tyres. Esteban Gutierrez had his first run in the Haas which was fitted with a reinforced front wing following yesterday’s failure and went sixth-quickest as the team more than doubled its mileage from the previous day.