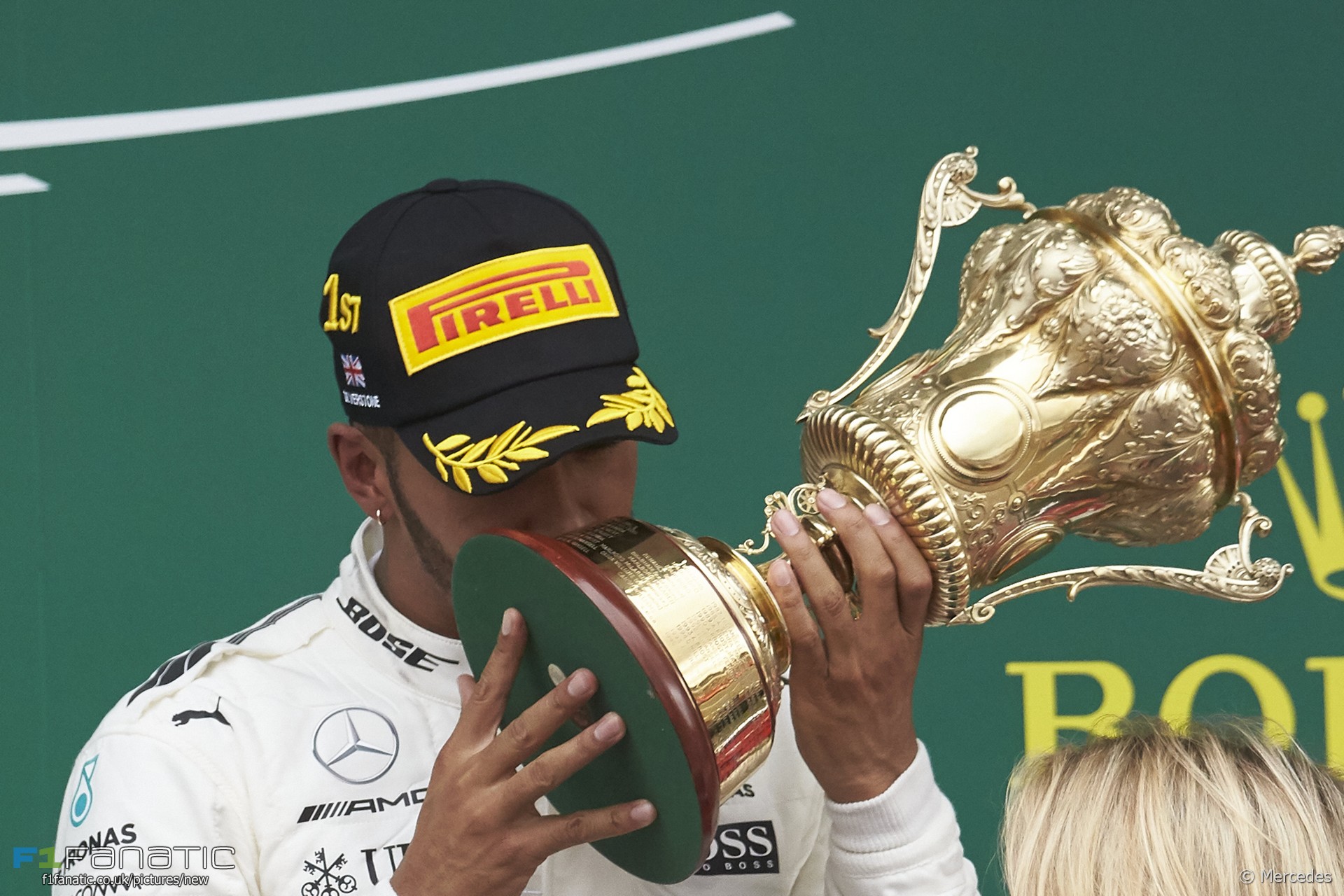 Lewis Hamilton’s domination of the British Grand Prix produced a wealth of statistical talking points, so much of this weekend’s Stats and Facts will be concerned with his achievement.

Let’s start with the big one: this was Hamilton’s fifth ‘grand slam’ and the first time he’s won his home race by taking pole position, leading all the way and setting fastest lap. Grand slams aren’t exactly rare – 61 of the 966 world championship races have been won this way (6.3%). But it’s only the fifth time (0.5%) a driver has done it in their home race.

The other two drivers to have taken home grand slams are both British and both did so twice. Jim Clark took grand slam British Grand Prix wins in 1962 (at Aintree) and 1964 (at Brands Hatch), while Nigel Mansell did so at Silverstone from 1991 to 1992.

Clark has the most grand slams at any venue with eight. Hamilton has drawn level in second place with Mansell and Michael Schumacher on five. The only other active drivers to have taken grand slams are Sebastian Vettel (four) and Fernando Alonso (one).

This was Hamilton’s fifth victory in the British Grand Prix. Only one driver has taken more wins in their home race: Alain Prost won the French Grand Prix six times.

However when it comes to winning in one’s own country things get a little more complicated as from time to time countries hold races which have different titles. For instance Schumacher won the German Grand Prix four times but he also won the European Grand Prix at the Nurburgring five times, giving him a total of nine wins in Germany.

Hamilton’s fifth British Grand Prix win ties him with Clark and Prost for the most wins in this race (and note Mansell also won five times in Britain, one of which was the European Grand Prix at Brands Hatch). Hamilton also tied with Prost as the most successful F1 driver at Silverstone with five wins.

A new track record for Silverstone’s post-2010 configuration was established by Hamilton during qualifying. His 67th pole position leaves him one shy of Schumacher’s all-time record of 68. Hamilton also broke the lap record during the race, knocking two-tenths of a second off Alonso’s benchmark from 2010 with a 1’30.621.

Mercedes took their 70th win in Formula One. They won’t be able to catch Lotus, on 81, for fourth place on the all-time list this year. However the recent news Petronas will continue as a title sponsor indicates the team will be around to win races for several more years to come.

Fifth on the grid for Nico Hulkenberg was Renault’s best starting position since they returned to F1 at the beginning of last season.

Stoffel Vandoorne out-qualified Fernando Alonso for the first time this year despite his team mate being quickest in Q1 after an audacious run on slick tyres on a drying track. Hulkenberg continued his excellent qualifying run: In all nine qualifying sessions where both Renault drivers have set times he has always been quicker than Jolyon Palmer.

Aside from his late race tyre failure it was a good weekend for Kimi Raikkonen. He out-qualified Vettel for the third time in five races and also was ahead of his team mate at the chequered flag for the first time since last year’s Singapore Grand Prix, 16 races ago.

Finally, Daniil Kvyat became the second driver ever to reach nine penalty points. Vettel was in the same situation at the previous race in Austria but went back down to seven points ahead of the British Grand Prix. The same won’t happen for Kvyat until the United States Grand Prix in October, so he has the threat of a race ban hanging over him for the next seven rounds.