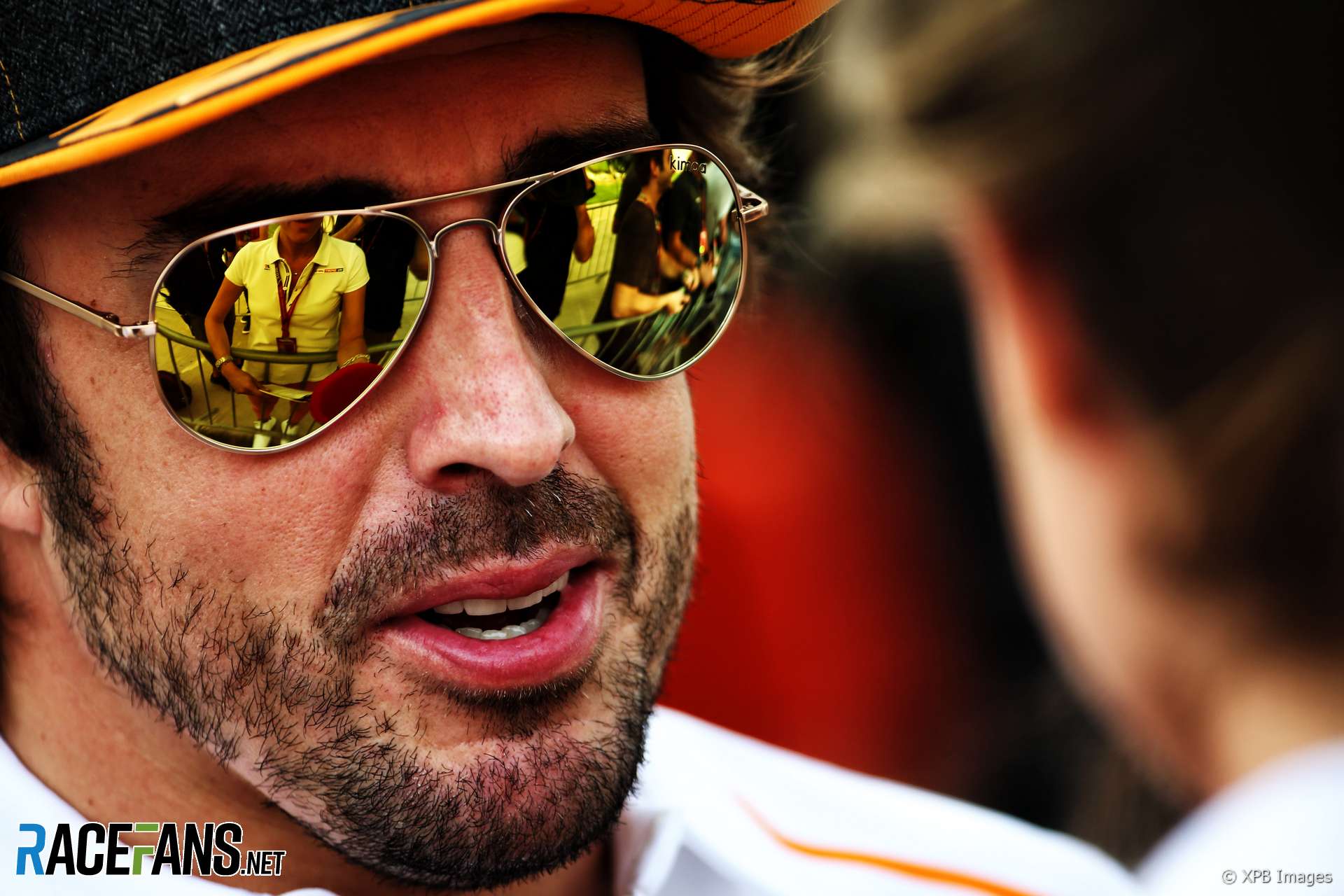 Fernando Alonso is unlikely to be called up by Red Bull to replace Daniel Ricciardo for the 2019 F1 season, according to team principal Christian Horner.

Ricciardo’s unexpected decision to leave the team for Renault next year leaves Red Bull in need of a replacement. Its options include junior drivers Carlos Sainz Jnr, currently on loan to Renault but out of a drive for next year in the wake of Ricciardo’s move, and Pierre Gasly.

However with two-times world champion Fernando Alonso in his fifth season without a race-winning F1 car, speculation has linked him with a move to the team. Horner played the suggestion down when speaking to the F1 website.

“I have got huge respect for Fernando,” said Horner. “He’s a great driver, a fantastic driver.

“But I think it’s very difficult to see… he tends to cause a bit of chaos wherever he’s gone. I’m not sure it would be the healthiest thing for the team for Fernando to join the team.”

Red Bull has not appointed anyone from outside its young driver programme since Mark Webber joined the team in 2007. Horner indicated the team is not looking for an experienced driver to partner Max Verstappen next year.

“Our preference would be to continue to invest in youth than take a driver who’s obviously close to the end of his career,” he said.

Alonso has said he will make a decision on his future after the F1 summer break.