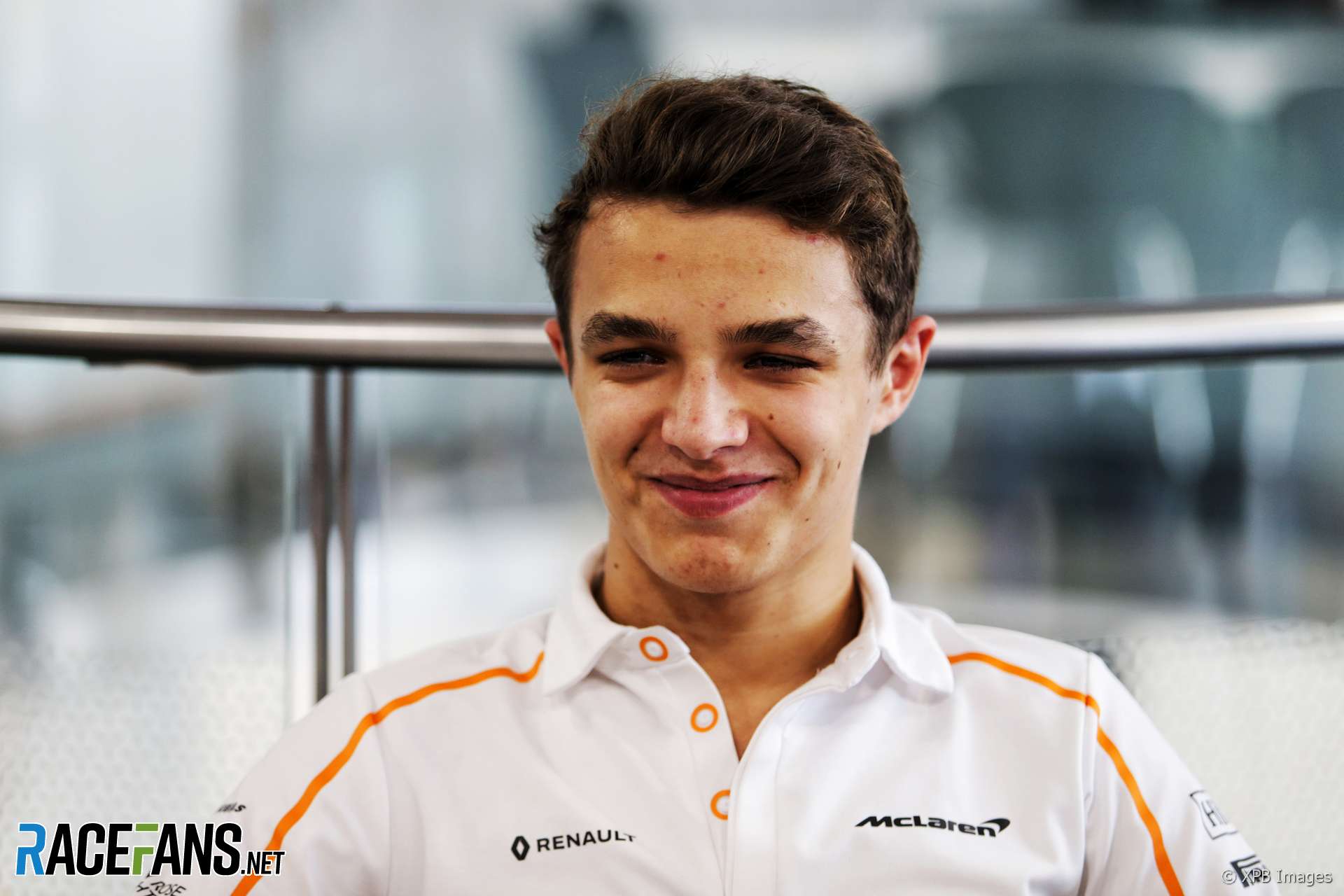 Lando Norris will make his Formula 1 debut for McLaren in 2019, the team has announced.

The 18-year-old said getting his chance to drive for the team was “a dream come true.”

“Although I’ve been part of the team for a while now, this is a special moment, one I could only hope would become reality.

“I’d like to thank the whole team for this amazing opportunity and for believing in me. I’m also extremely grateful for the commitment McLaren has already shown in my development, allowing me to build my experience in a Formula 1 car in both testing and on Fridays during the past two race weekends.”

“For the remainder of 2018, my focus remains firmly on the Formula Two championship,” he said. “My objective is to win the title before joining McLaren full-time, which will be tough, but I will fight as hard as I can for the remaining four races.

“I’ll also be working closely with McLaren at every opportunity to learn as much as possible from the drivers, engineers and mechanics to give myself the best preparation ahead of next year.”

“We already know he’s fast, he learns quickly, and has a mature head on his young shoulders. We see much potential for our future together. The investment we have made in his budding career with simulator development and seat-time in the car has been well-deserved, as he has continued to prove his abilities both behind the wheel and in his work with the engineering team.

“Lando is an integral part of our plan for rebuilding our Formula 1 operation for the future, and he has already developed a strong relationship with the team.”

Norris will partner Carlos Sainz Jnr, who is moving to the team from Renault.

“In Lando and Carlos we have an impressive duo who, despite their relative youth, hold valuable experience in Formula 1 and with McLaren, and represent the next generation of McLaren drivers to lead the team forward,” Brown continued.

“While our short-term focus is fixed on securing the best possible result for the remainder of the 2018 season, we’re also massively motivated by the opportunities that lie ahead.”