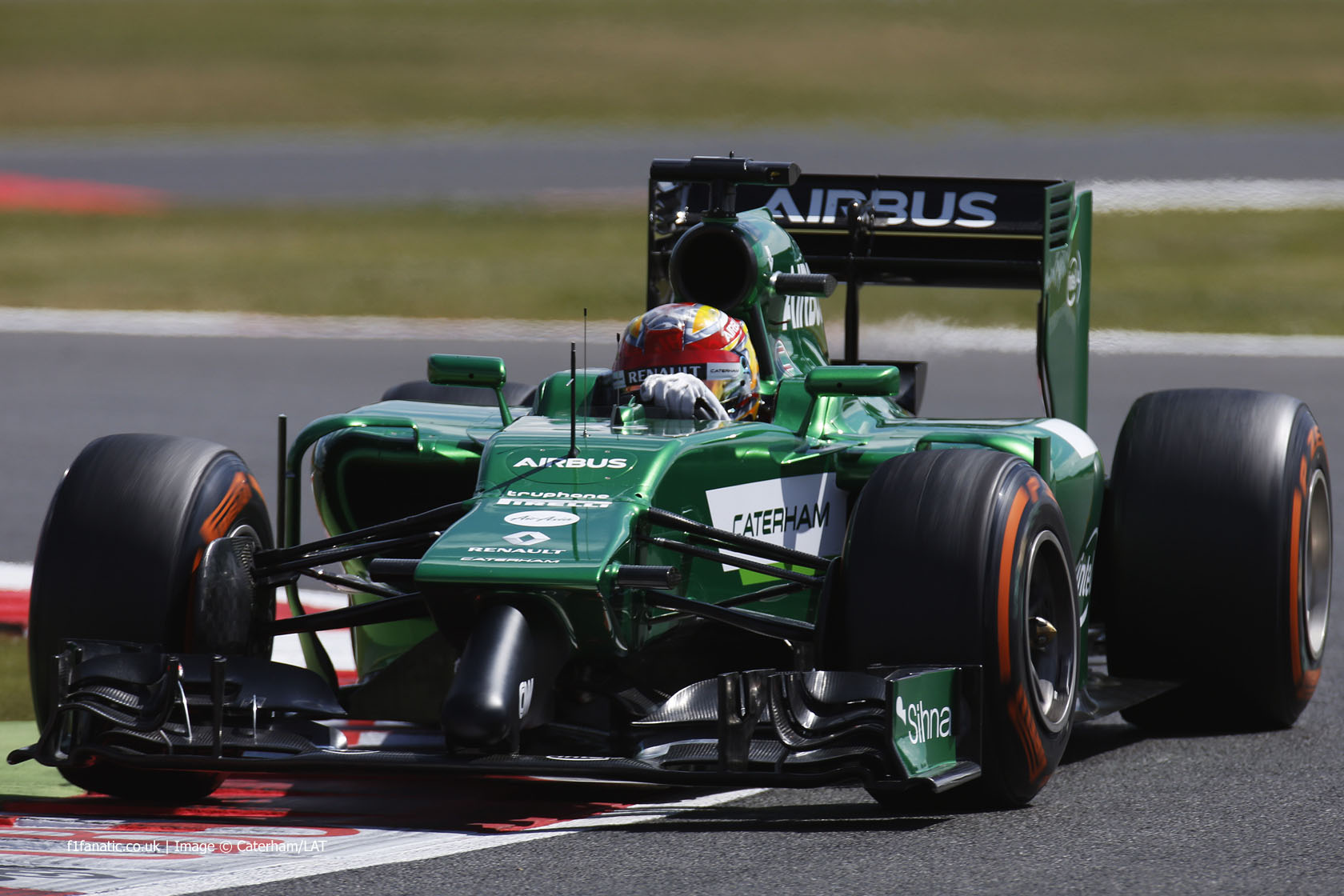 F1 teams have confirmed their driver line-up for the two-day test which starts tomorrow at Silverstone.

However Caterham will give F1 runs to three drivers in junior categories: Will Stevens (fourth in Formula Renault 3.5), Julian Leal (sixth in GP2) and Rio Haryanto (eleventh in GP2).

Ferrari are yet to confirm their driver line-up following Kimi Raikkonen’s crash during the British Grand Prix, though he is expected to race in Germany.

Update: Ferrari have now confirmed Jules Bianchi will take Raikkonen’s place at the test. The table above has been updated accordingly.