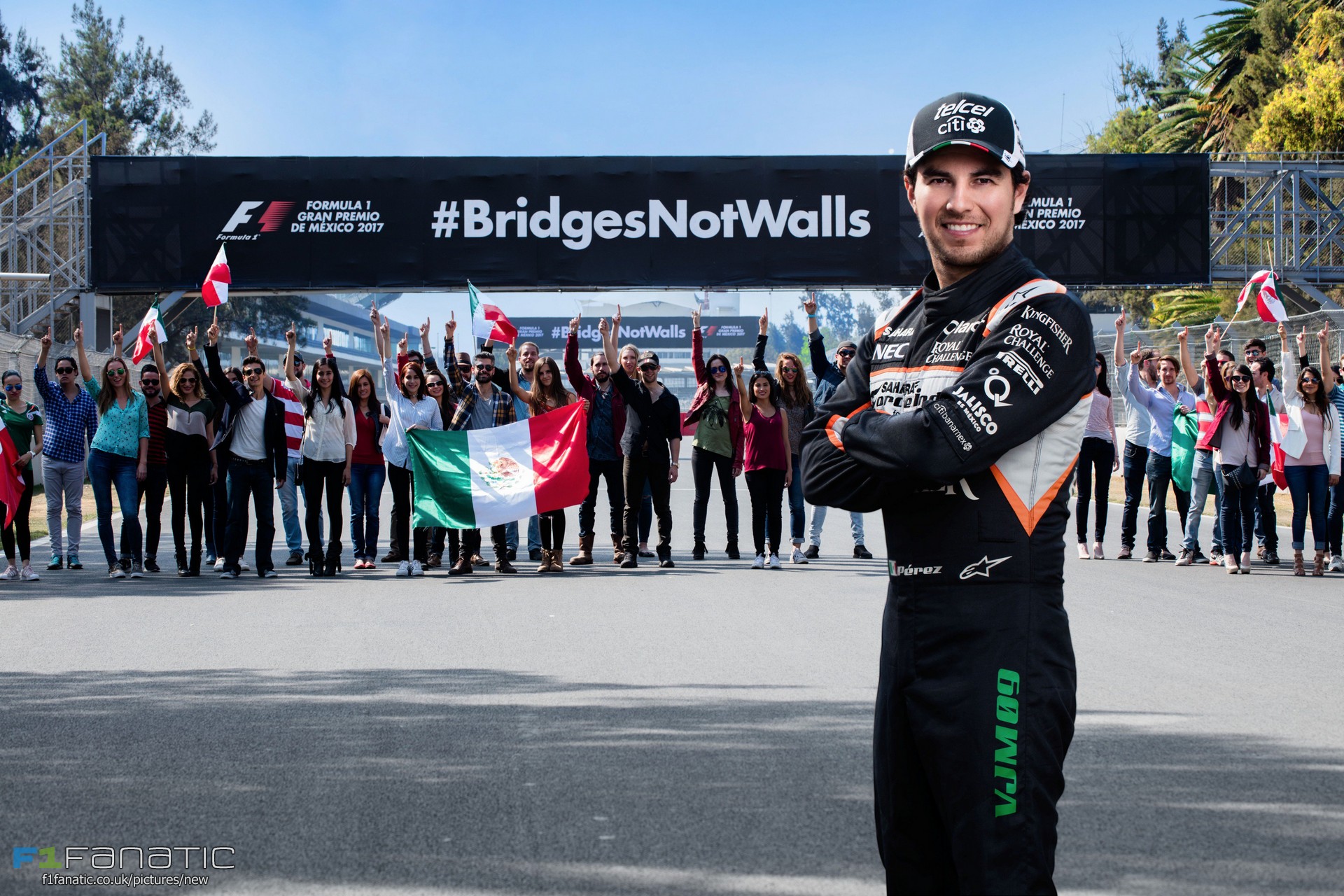 Sergio Perez and the promoters of the Mexican Grand Prix have shown their support for a campaign challenging a key policy of American president Donald Trump.

Perez visited the track yesterday to lend his backing to the campaign. The race promoters have issued a composite image featuring Perez (above) in which the slogan ‘Bridges Not Walls’ is displayed on the main straight at the Autodromo Hermanos Rodriguez.

The Bridges Not Walls campaign is directed at policies such as Trump’s pledge to construct a wall along the American-Mexican border, which he claims will be paid for by Mexicans.

Perez made his feelings on the subject clear when he severed ties with a sponsor following comments it made on social media referring to Trump’s plan.