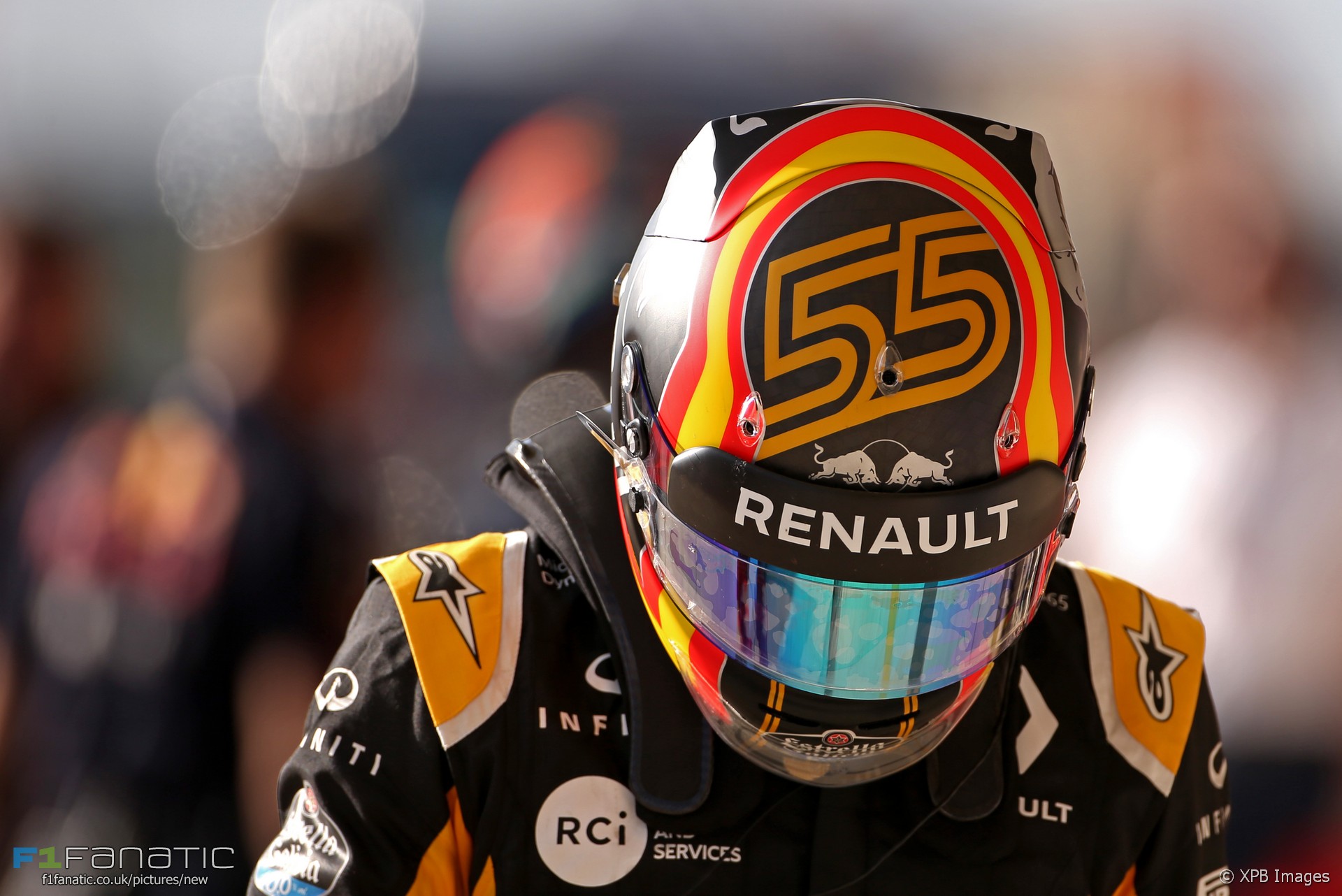 In the round-up: Carlos Sainz Jnr could get a chance at Red Bull if Daniel Ricciardo doesn’t commit beyond 2018, says Christian Horner.

"That’s why we kept Carlos Sainz on loan, that’s why we have options around us. We have a safety net but our number one objective is to retain the pairing that we have."

"In the end, you have 20 races, we’ve had 18 so far. I’m not a big fan of pointing fingers in one race. We had two races that we didn’t finish and Lewis won both of them. They were the most costly."

"Michael (Schumacher) achieved fantastic records but his racecraft was not one of his greatest strengths, for example. Why people love Lewis is they love the way he races."

"To get equivalent power to that produced at lower altitudes, the turbos have to spin around 4000rpm faster in Mexico. The Renault’s compressor, being on the small side compared to Ferrari and Mercedes, produces excess heat due to the strain."

Hamilton is the greatest F1 driver of his generation... but he isn’t Britain’s best (The Sun)

Murray Walker: "If I was compiling my list of best Brits, I would put Stewart top, followed by Lewis, then Stirling Moss, Jim Clark and Graham Hill."

"Expected to sign a new contract with Mercedes within the month, it is hard to imagine he cannot go on to at least equal Fangio and perhaps even Schumacher. "

Why we see Hamilton as more chump than champ (The Mirror)

"We can all be savvy about our lives to lessen our tax bill, but to deliberately base yourself in a tax shelter to avoid paying contributions in the country you’ve been brought up in – I don’t think that’s tasteful to the British public."

An honour to be swapping helmets with the legend Fernando! I was dreaming about F1 as a kid and that’s thanks to his fights with Michael! pic.twitter.com/Rcd6ncybqx

Our test driver @FonsoCelisJr will be back behind the wheel of the VJM10 on Tuesday for a day of @pirellisport testing. pic.twitter.com/ernYIB0kIo

Back at it earlier than I thought !! I will be driving here in Mexico with @SauberF1Team for the Pirelli test tomorrow and Wednesday ! pic.twitter.com/k0fJYBUAox

Kimi Raikkonen says retirements have spoiled his season, Moi has a different explanation:

He finished 54 seconds behind Verstappen yesterday. In a Ferrari. Vettel, driving the same car, was just 16 seconds behind Raikkonen at the finish while having to make an extra pit stop to put on a new nose, and driving through traffic all race long.

Raikkonen, I’m sorry to say, is way past his sell-by date.

There’s still time to join in this weekends’ Rate the Race and Driver of the Weekend polls: