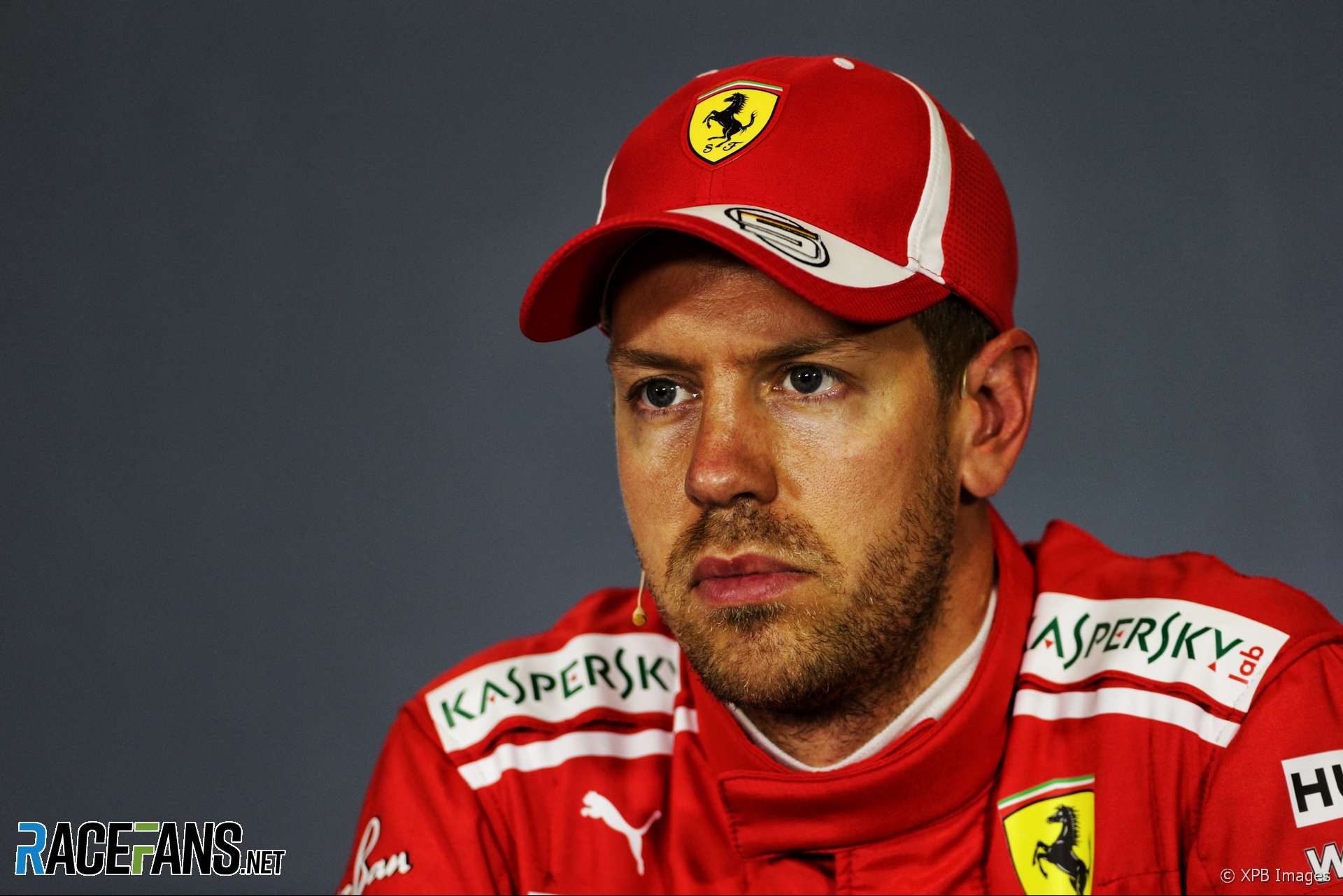 Webber said high-profile errors by Vettel such as at Azerbaijan in 2017, when he drove into Lewis Hamilton’s car during a Safety Car period, were examples of his “meltdowns”.

The pair were team mates at Red Bull from 2009 until Webber’s retirement at the end of 2013. Vettel “had flashes of a meltdown” at times, Webber told the official F1 podcast.

“Sebastian has had those and does have those. I think he has a plan and often these meltdowns are outside our normal routine of a grand prix. So: Safety Cars.”

“Abu Dhabi [in 2012] he’s been off behind the Safety Car, hitting DRS boards,” Webber added. “We saw Azerbaijan.

“So it’s amazing how he has this maximum intense focus and concentration that he can do. Winning off pole off the front, breaking the DRS, that was his signature punch. He was deadly with that. But as soon as there was another complication that became a little more tricky…”

Vettel made another such mistake when he collided with Webber during a Safety Car period in the 2007 Japanese Grand Prix. Webber, who was running in second place for Red Bull at the time, was hit from behind by Vettel, who was driving in his seventh F1 race with Toro Rosso.

“There was podium for sure, which was unheard of,” Webber recalled. “Red Bull and a Toro Rosso on the podium together, this was like, never been done before.”

The pair were running behind race leader Hamilton at the time. “I pulled up beside Lewis in the last sector saying, mate, the gap to the Safety Car’s ginormous. I was looking at him saying come on, the lights are still on, it’s not like we’re doing a restart, we’re still under Safety Car and he was pulling a long way back and mucking around so I pulled up beside him.

“The next minute, boom. Behind the Safety Car [Vettel] just absolutely harpooned the back of me, Sebastian and I went out. I know Seb was bawling his eyes out after that, he was shattered.”

Vettel was originally given a 10-place grid penalty for the collision, which was subsequently reduced to a reprimand after the stewards examined new video of the crash filmed by a fan.

“Lewis was really at fault to a degree,” added Webber. “He was yo-yoing around. I think McLaren had some different brake material.

“It was a cold day, it was raining, it was a disgusting grand prix. I had food poisoning on the day, I was feeling pretty rough. We got through so much of the difficult part of the grand prix. All the aquaplaning. Fernando [Alonso] shunted which was rare. There was a lot of tricky moments throughout that race.”

Webber added Vettel also found it harder to perform at his best in qualifying when the team could not judge whether the tyres would produce their best on the first or second lap.

“He hated that. Hated that. Because it wasn’t bang, bang, German, what’s clear. It’s still a little bit open. Are the tyres ready on the first lap, maybe we’ll do two timed or one timed? He often hated that.”