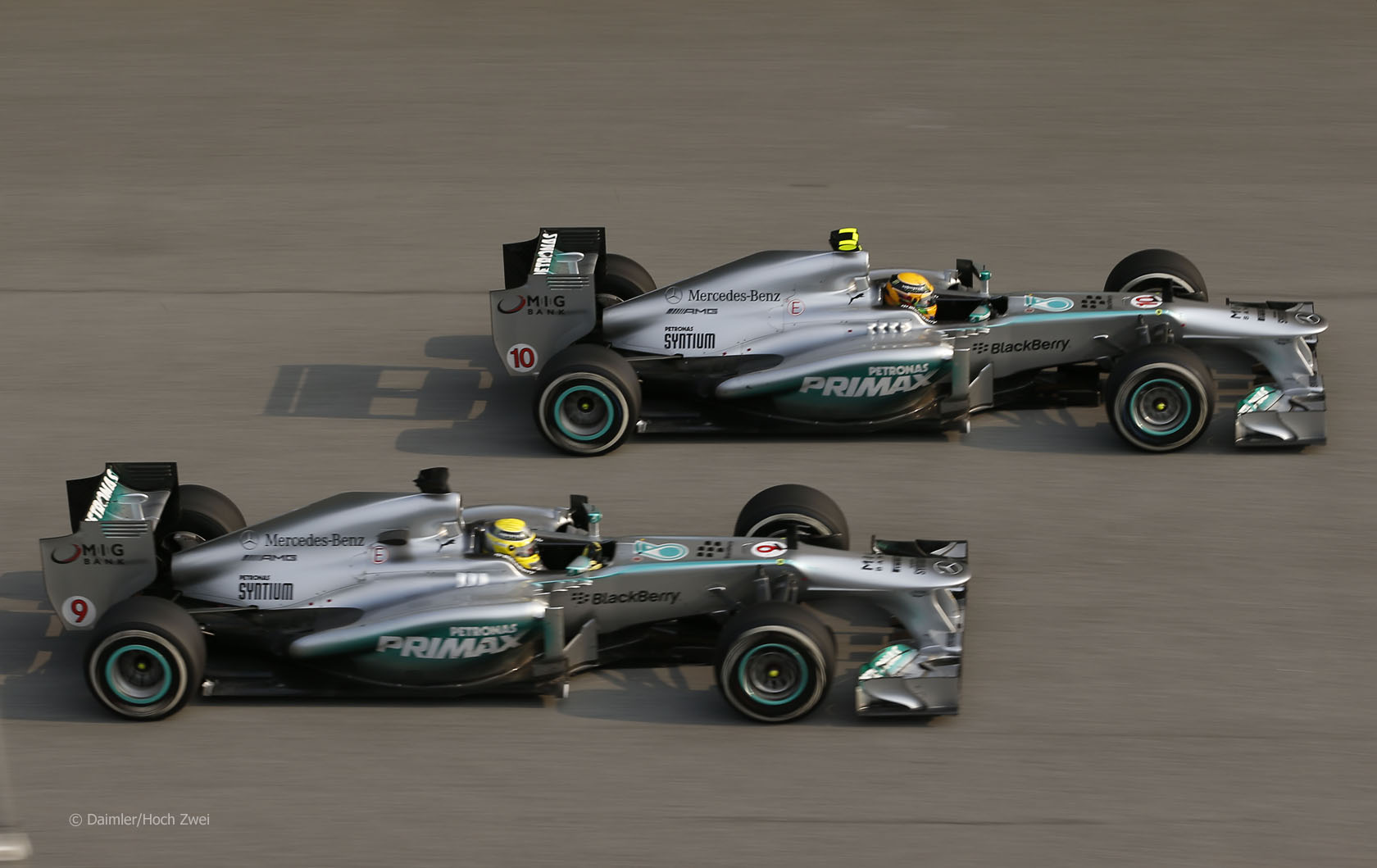 Just two teams in the F1 field will begin the 2014 season with the same driver line-up they had last year.

Mercedes have kept Lewis Hamilton and Nico Rosberg on board having described the pairing as one of their key strengths last year.

The only other team to have retained its 2013 squad is Marussia, where Jules Bianchi and Max Chilton begin their second season together.

The most eye-catching change in the 2014 roster is surely Kimi Raikkonen’s return to Ferrari. Together with Fernando Alonso the Scuderia is fielding two world champions for the first time in over 60 years.

In other major changes four-times world champion Sebastian Vettel is joined by Daniel Ricciardo at Red Bull. And McLaren have promoted one of the three rookies in the field to their team in place of Sergio Perez.

But which team has got the best driver line-up this year? Compare them and cast your vote below.

Owned the 2009-13 rules generation, the beginning of which coincided with his arrival at Red Bull. After a perfect second half last year he could start 2014 with his tenth win in a row.

His trademark grin may be stretched to breaking point as he changes up from Toro Rosso and prepares to take on a four-times world champion. Qualifying, a strength of his, will be a key battle.

Never seemed to get settled in the W04 last year, but in his second year at Mercedes there should be nothing to keep him from getting the most out of what is expected to be a competitive car.

Fared well against Hamilton last year particularly on their points tallies, considering Rosberg’s reliability woes. That raised his stock higher, but he still has ‘off’ days.

There’s rarely anything to fault in Alonso’s driving, though he had some indifferent qualifying performances last year. In Raikkonen he faces his toughest team mate in seven years.

Mirrors Alonso in many respects at the wheel: consistent, quick and error-free in the races, but qualifying isn’t his strongest card. That’s probably the only vulnerability in Ferrari’s squad.

Just when it looked like he was never going to get his act together, Grosjean delivered a string of assured, clean and above all fast drives at the end of 2013. And not a moment too soon.

His speed is not in question, particularly on street circuits, but Maldonado can be as impolitic on the track as he is off it. Might have benefitted from the tutelage of the now-missing Eric Boullier.

The most experienced driver on the grid and very much a known quantity. One-lap pace is not his forte; coaxing the best from his tyres over a race stint and judging mixed conditions is.

The pressure is on for Magnussen to ‘do a Hamilton’. He showed speed and maturity in Formula Renault 3.5 next year, now he needs to transfer that as McLaren regroup following a dismal 2013.

Although he’s changed teams a lot this highly-regarded drivers is beginning his third season with Force India so should get comfortable quickly and resume his late-2013 giant-killing.

Time to bounce back after being cut loose by McLaren following a season where he was not quite on-par on several counts. There’s still potential in Perez, though, as his later drives showed.

Was shaded by Paul di Resta last year. But although he’s not in the top percentage for pure speed he has become a more dependable driver and will be a regular points scorer if the car’s up to it.

There were few highlights in his bruising debut season alongside Hulkenberg. With the advantage of team knowledge over Sutil he must get on terms with his new team mate quickly.

Soundly beaten by Ricciardo in qualifying last year, he needs more Canada-quality performances to retain the backing of Red Bull with many young talents snapping at his heels.

Did a good job of juggling two championships last year and his nationality can’t have hurt his chances of landing a seat. But he has a steep learning curve in front of him.

His ejection from Ferrari was overdue, but although Massa has rarely looked like the driver of 2008/09 since his Hungary crash his experience will be of great value to Williams.

Supplied Williams’ best results despite a poor chassis last season. With a year’s experience under his belt this promising talent could be quite a handful for Massa.

Ferrari’s development driver will benefit from Ferrari power this year which should give him a greater opportunity to show the potential that was occasionally glimpsed early last year.

Well off Bianchi’s pace much of the time as they made their F1 debuts together, but did gradually get closer to his team mate. Stability will help him make gains but don’t expect miracles.

His last season for Sauber in 2012 was his third full year yet there were still several careless errors. But he brings experience – and his celebrated overtaking bravado – to Caterham.

Started his single seater career well but then spent an underwhelming four-year stint in GP2. On his best days he looked like a potential F1 driver but there weren’t enough of them.

Which team has the best driver line-up for 2014? Cast your vote below and have your say in the comments.

Which team has the best driver line-up for 2014?

Find the updated driver line-up for 2014 so far including test and reserve drivers here: