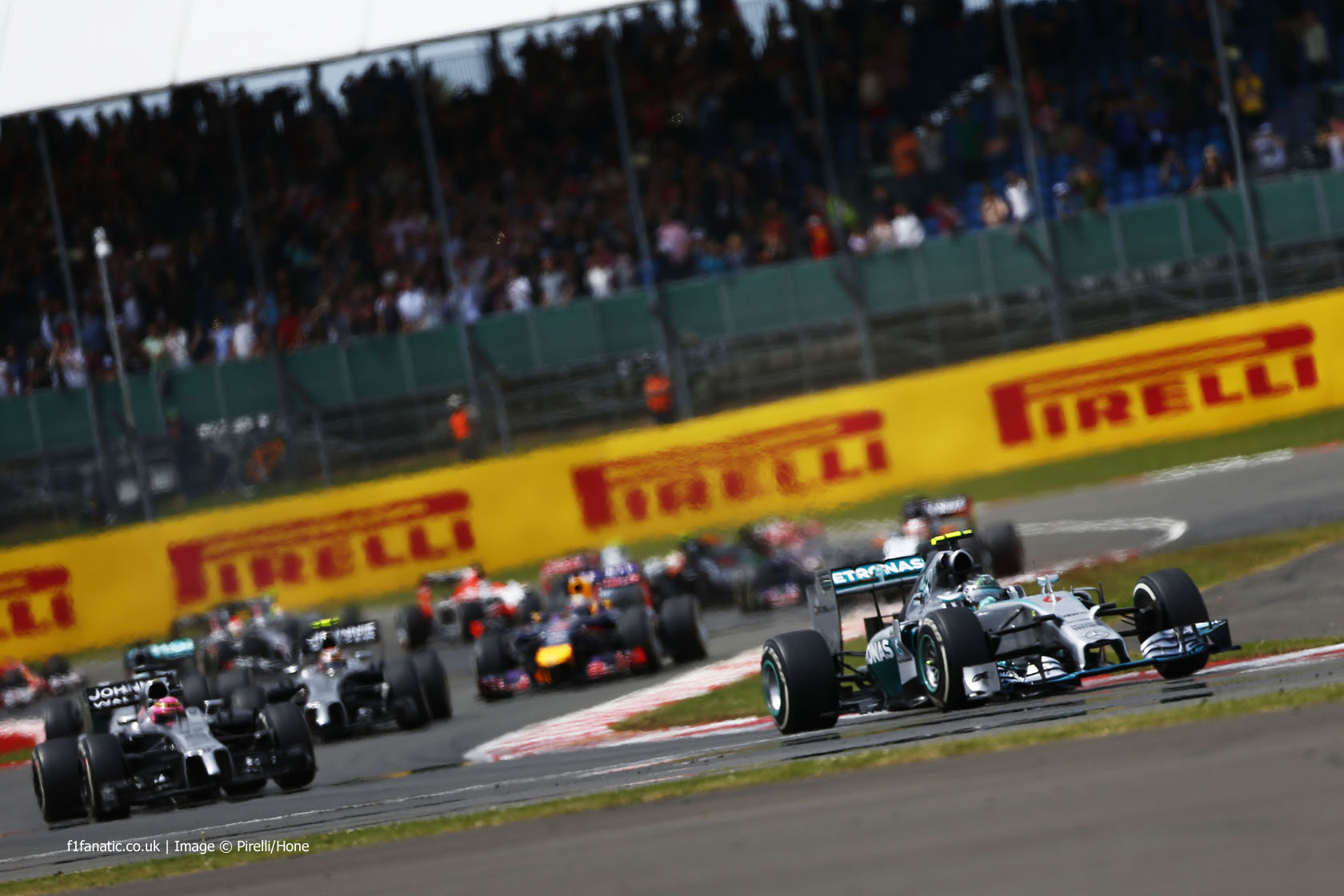 In the round-up: Silverstone managing director Patrick Allen says F1 races are too processional and the rise Max Verstappen shows the cars are too easy to drive.

Silverstone boss: I wonder if the F1 product is right for the fans? (James Allen on F1)

"What I see in F1 is a bit of a procession. How interesting is that? I wonder whether the technical directors should go on the podium because it’s all about the car."

Only true fight is with team-mate - Lewis Hamilton (ESPN)

"Sir Frank Williams will remain in charge of the Williams Formula One team 'until we find him, one day, face down on the desk', according to his daughter Claire, the deputy team principal."

"Ot is 50 per cent cheaper for an engine which gives the same performance."

"With a crunch meeting looming to determine the direction of rules and regulations in the coming seasons, there are concerns that the mooted move to 1000bhp engines to improve the spectacle will have the adverse effect of further inflating costs that rose with the introduction of the current V6 Hybrid power units only last year."

"Former Formula One driver Marc Surer has suffered two broken ribs, a punctured lung and a broken leg in a horse-riding accident."

"Their intention is to develop a facility at Winterhill adjacent to their existing Mugen Honda unit that will house the main R&D function for their push into F1 engine technology advancement."

Lauda: The Untold Story in cinemas for one night only (Film news)

"Bulldog Film Distribution will release Lauda: The Untold Story in cinemas across the UK for one night-only on Thursday 2nd July 2015, with a special post-film Q&A beamed in live via satellite from Cineworld, Milton Keynes – near to one of the biggest homes for UK Motorsport racing, Silverstone – where the British Grand Prix will take place just days later."

Max Mosley still pushing a 'budget cap'. Ron Dennis is dead right – it's "pie in the sky" and it will never work: http://t.co/fFlF74i7EO #F1

A considered response from @Polo on Mark Webber’s recent criticism of Formula One:

I should first say that I don’t really complain about F1 very often despite its flaws, that I am fine with the new engine sounds and that I still really enjoy watching F1, and that there are still many great races every season. However, I have to say that I agree with a lot of what Webber said. There’s just that special “something” that’s been missing from F1 over the past couple years.

I have watched back a couple of old races recently, ranging from from the 2000s to the 1980s. Even if a particular race is boring, you get that sense of awe just knowing that the cars are pushing the limit of what’s possible, that they are a giant step ahead of any other race car, and that the drivers are on the limit trying to tame the car. Watching a couple races from 1985, the race itself often wasn’t great, often with large gaps between the frontrunners and only 12 or so cars making the finish – the type of race that would be seen as horribly boring today. But despite that, I still found it very enjoyable just watching Senna drive his Lotus around in the wet, Nigel Mansell wrestling his Williams through high-speed corners, etc. just knowing that – even though aren’t as quick as modern day F1 cars – they were streets ahead of any other race car at the time.

I’m not saying that everything was better before, and of course there have to be regulations to control the speed of the cars in the interests of safety, but these days F1 cars don’t feel like they’re really that much more special than a LMP1 car, an Indycar, or even a GP2 car – heck Merhi even said that Renault 3.5 cars feel a bit better in the corners than F1 cars, and that you can “attack” much more while driving one. Plus, gimmicks like DRS further reduce the sense of awe when a driver pulls off an overtake.

These days it sort of feels like it’s mainly a just combination of the legacy, the brand status as “the pinnacle of motor-racing” and the engineering excellence that gives F1 an appeal over the other forms of racing. But with WEC challenging F1 for technological excellence, and with single-seaters such as Super Formula and now even GP2 getting very close to F1 in terms of lap times (often with better cornering speeds, just less powerful engines), you have to say that the “special something” that puts F1 on a pedestal above every other form of motorsport (the thing that kept grandstands full even during seasons with boring races) is ebbing away. I think that they key to reversing F1’s trend of falling audiences lies deeper than simply throwing in gimmicks to spruce up “the show”.
@Polo Michael Schumacher’s son Mick received most of the attention during last weekend’s German F4 curtain-raiser at Oschersleben, but also of note in the field was Chinese 15-year-old Guan Yu Zhou who is backed by Ferrari.

Sauber Mercedes team mates Jean-Louis Schlesser and Mauro Baldi repeated their success from the first race of the 1990 World Sports Prototype Championship by winning the second round at Monza on this day 25 years ago.