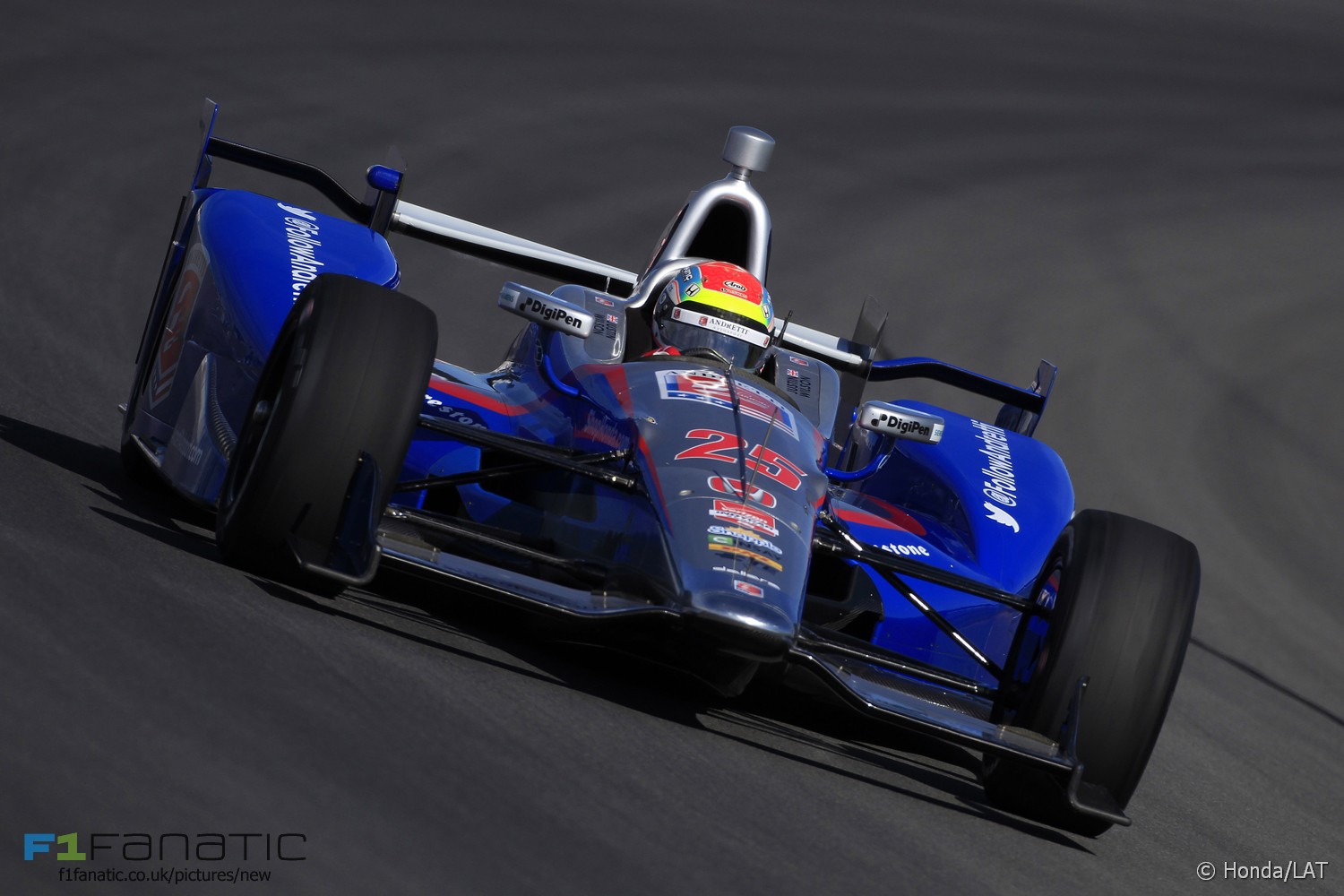 Sebastian Vettel says it would be “ignorant and stupid” for Formula One not to introduce the Halo when it knows it could save drivers’ lives.

The four-times champion said the device could have saved the life of former F1 driver Justin Wilson, who was killed in an IndyCar crash at Pocono two years ago.

“Obviously there’s been a lot of talk, you need to understand that I think it’s a decision that helps us in the car in case something goes very wrong,” said Vettel in today’s FIA press conference. “For sure if you look at Formula One, the way the cars look, I can understand that people say it doesn’t belong on a Formula One car.”

“On the other hand I think times are changing, we’re moving forward and I think if you put it very clear then it should be very clear for everyone and there shouldn’t be a doubt in your mind whether to introduce it or not.”

“I think if you were to offer the system as it stands, with the power that it has to give us additional protection, offer that to Justin Wilson some time ago and I think he would take it and we would all be happy to take it to help save his life.”

“Now we can’t turn back the clock. But I think knowing something is there that helps us in certain scenarios it would be ignorant and stupid to ignore.”

Last year Wilson’s younger brother Stefan, who has also raced in IndyCar, said he “doesn’t know how you can be against” the Halo if it would save drivers’ lives.

Fernando Alonso added his voice to the support for Halo and rejected claims it might have made his crash in Australia last year more dangerous.

“I think nothing really will affect the exit from the cockpit, as I understood, from the FIA studies, so that will be the same for me,” he said.

“Definitely while you are in the air, my only worry there was if something could impact with my helmet so if I have the Halo there probably I would be a little bit less afraid of any injuries.”

“If it looks shit, it is shit”

However Halo continues to face vehement opposition from some drivers who questioned whether it was necessary and said it will spoil Formula One.l

“I don’t like it,” said Max Verstappen. “Of course at the end of the day you have to respect the decision of the FIA.”

“But I think since we introduced the Virtual Safety Car that reduced a lot of risk when you are speeding under the yellow flag in a race. And then also with the wheel tethers, they are quite strong at the moment. So I don’t think you will lose a wheel very easily.”

“And when there are parts flying around from the car it’s not really going to protect you. So I don’t really understand why we should need it.”

Kevin Magnussen agreed with Verstappen. “It takes away some of the passion that Formula One is all about. When you look at the car, it’s ugly. Formula One cars aren’t meant to be ugly.”

“There’s a reason that a Ferrari is more exciting than a Mazda. It’s passion, and if it looks shit, it is shit.”