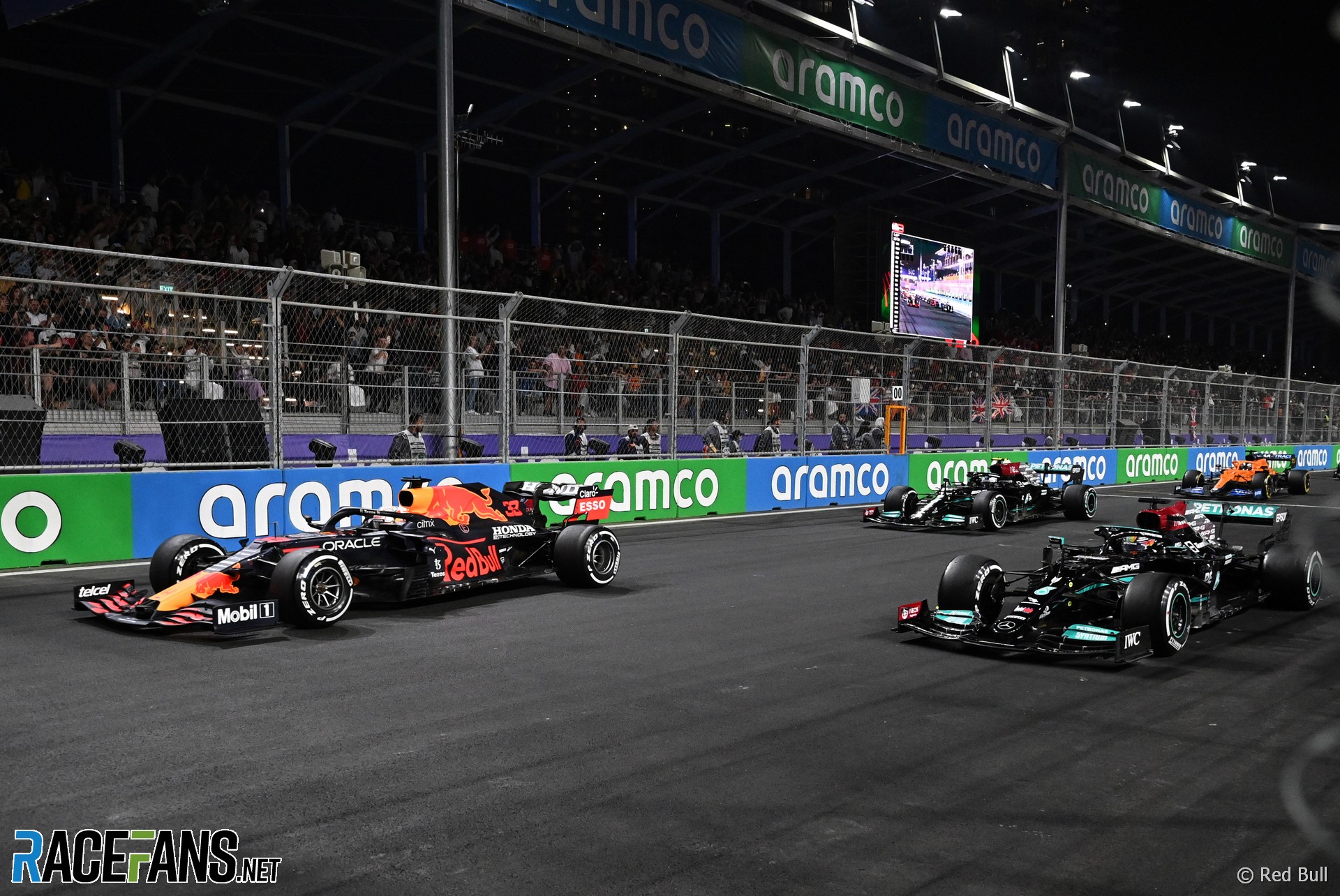 Lewis Hamilton has also been summoned to the stewards over the incident between him and championship rival Max Verstappen during the Saudi Arabian Grand Prix.

The pair made contact approaching turn 27 on lap 38 of the race when first Verstappen, then Hamilton, slowed approaching the corner. Verstappen had been told to let Hamilton overtake him after running wide at turn one while the pair disputed the lead earlier in the lap.

Hamilton’s onboard footage indicated he was not told Verstappen was about to back off until after the pair had made contact. He said afterwards he was surprised by the incident.

“I didn’t quite understand why all of a suddenly he hit the brakes quite heavily and then I ran into the back of him and then he moved on,” said Hamilton. “So I didn’t understand exactly what was going on, and I got a message afterwards that he was going to let us past, so it was a bit confusing.”

Both drivers have been summoned for violations of article 2(d), chapter four appendix L of the FIA International Sporting Code. This states: “Causing a collision, repetition of serious mistakes or the appearance of a lack of control over the car (such as leaving the track) will be reported to the stewards and may entail the imposition of penalties up to and including the disqualification of any driver.”

Despite incurring front wing damage in the collision, Hamilton went on to win the race, which he described as one of the toughest of his career.

“I’ve been racing here a long time, but that was definitely – that was incredibly tough. I tried to be as sensible and as tough as I could be out there, but also sensible.

“With all my race experience over the years, just keeping the car on track and staying clean, it was difficult. But we persevered as a team. We’ve had all sorts of things thrown at us, particularly in the second half of the season, so I’m just really proud of everyone and also I’m really grateful for the crowd we’ve had this weekend.”