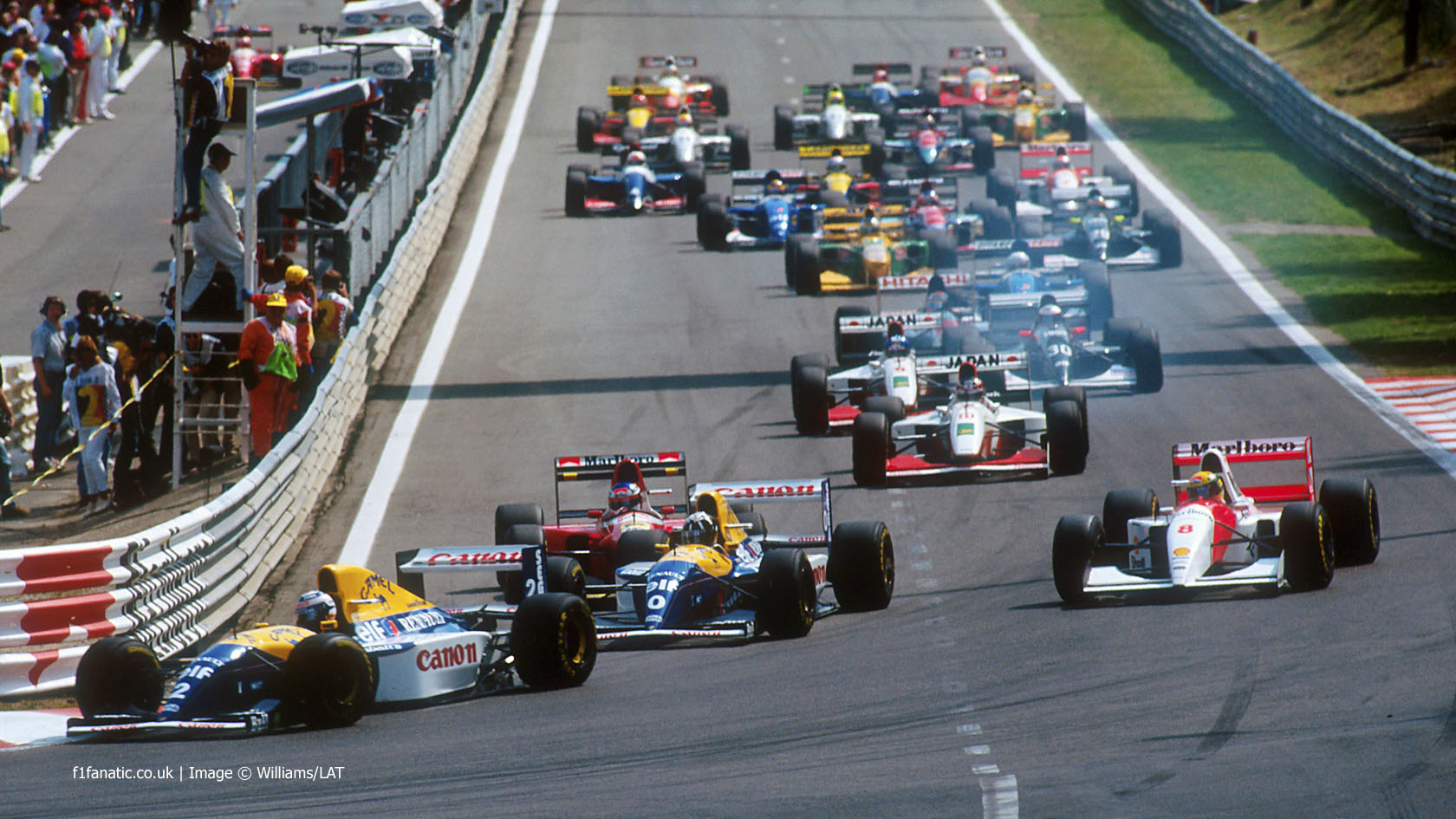 In the round-up: Teams are considering bringing back active suspension systems which were banned over 20 years ago.

“The move is being considered for 2017, and could come in at the same time as a switch to 18-inch tyre rims.” “Sauber Formula One test driver Sergei Sirotkin and Indy Car rookie Mikhail Aleshin are among dozens of mostly Russian auto racers whose careers could be threatened by U.S. and European sanctions related to the Ukraine crisis, an organisation that backs them financially said Monday.”

Sounds like F1 is on right track – Mosley (Reuters)

“I’d do pretty much what Jean [Todt] is doing, which is take no notice. Or pay lip service to the discussion – ‘Oh, that’s interesting, Bernie [Ecclestone]’ – but in the end take no notice because there’s nothing anybody can do, the regulations are fixed, nobody can change anything.”

“Brazil’s president on Monday promised authorities would carry out a thorough and complete probe of alleged money laundering at state oil giant Petrobras.”

Thanks to @Journeyer for the tip.

How CVC Has Made $8.2 Billion From Formula One Auto Racing (Forbes)

“Since CVC acquired F1 the teams have been paid a total of $3.7 billion in prize money which is nearly as much as the $4 billion that CVC has received from dividends and the sale of stakes in F1.”

Closing the gap to the top teams (Ferrari)

Engineering director Pat Fry: “We are naturally working as hard as we can on closing the gap to the top teams, with Mercedes having a reasonable lead over the rest of the field.”

A lengthy interview with Fernando Alonso from two weeks ago which I didn’t see at the time but was picked up by some others websites yesterday. He says: “If you ask me right now… I am hungry for victories, hungry for success – I will tell you that two championships are not enough.”

Video highlights from the last race, including a little more footage of the aftermath of the Pastor Maldonado/Jean-Eric Vergne collision.

“Singapore Airlines Ltd (SIA) has been unveiled as the new title sponsor of the city-state’s Formula One race in September as the carrier bids to promote its brand to motor racing’s global television audience.”

“Di Montezemolo really ought to take a look in the mirror (I mean that, of course, in the metaphorical sense rather than the practical, with which he is well acquainted). Was it the Ferrari boss who pushed for the 2014 regulations to be changed from the proposed four-cylinder engine to the current V6? I do believe it was. And is it Montezemolo who, having signed up for the new package, is currently rubbishing F1 because his team can’t hack it? I do believe it is.”

“There is an inherent weakness in a Formula One team whose boss runs the risk of being removed whenever the results don’t come, even over the course of several seasons. It can take 3-5 years to drive significant change in a Formula One team, such is the time delay in bringing new organisational structures, systems, processes and technology into play. It is not the work of a moment, and is something Ferrari’s new boss Marco Mattiacci may wrestle with.”

Formula One alive and well in 2014 (Mercedes)

Toto Wolff: “Formula One is the pinnacle of automotive innovation. As such, it has a duty to push the boundaries of technology. The new regulations not only encourage this innovation but also make the sport more relevant to the direction in which the motoring industry is heading.” As F1 considers a switch to larger 18-inch wheel rims, here’s an image produced by Jeremy Hancox for F1 Fanatic last year showing how they might look.

Some perspective on the mountain Haas F1 has to climb. Feb 2009 Lola started stillborn F1 project. Rapid schedule for first test was Jan 10!

Sorry to hear Stefano Domenicali has stepped down at Ferrari. Like Martin Whitmarsh he's an approachable good guy, which means little in F1

When Red Bull started using the argument that directives are not regulations and they need not comply, it was akin to admitting they didn’t have much else to go on. Either the FIA is in charge of regulation compliance and enforcement, or not. As we can see, they are in charge.

I also think the FIA was very fair in this case, especially giving Red Bull the chance to comply during the race.

Also glad the call from Mercedes to penalise Red Bull further was ignored. The penalties incurred already were already severe enough and Red Bull has been in compliance since Australia as far as we know.
@Bullmello

Ferrari substitute driver Nicola Larini landed himself in hot water on this day 20 years ago when he revealed to Italian journalists that his car was running a traction control system – such devices having been banned before the beginning of the 1994 season. Larini was standing in for the injured Jean Alesi at the Pacific Grand Prix.