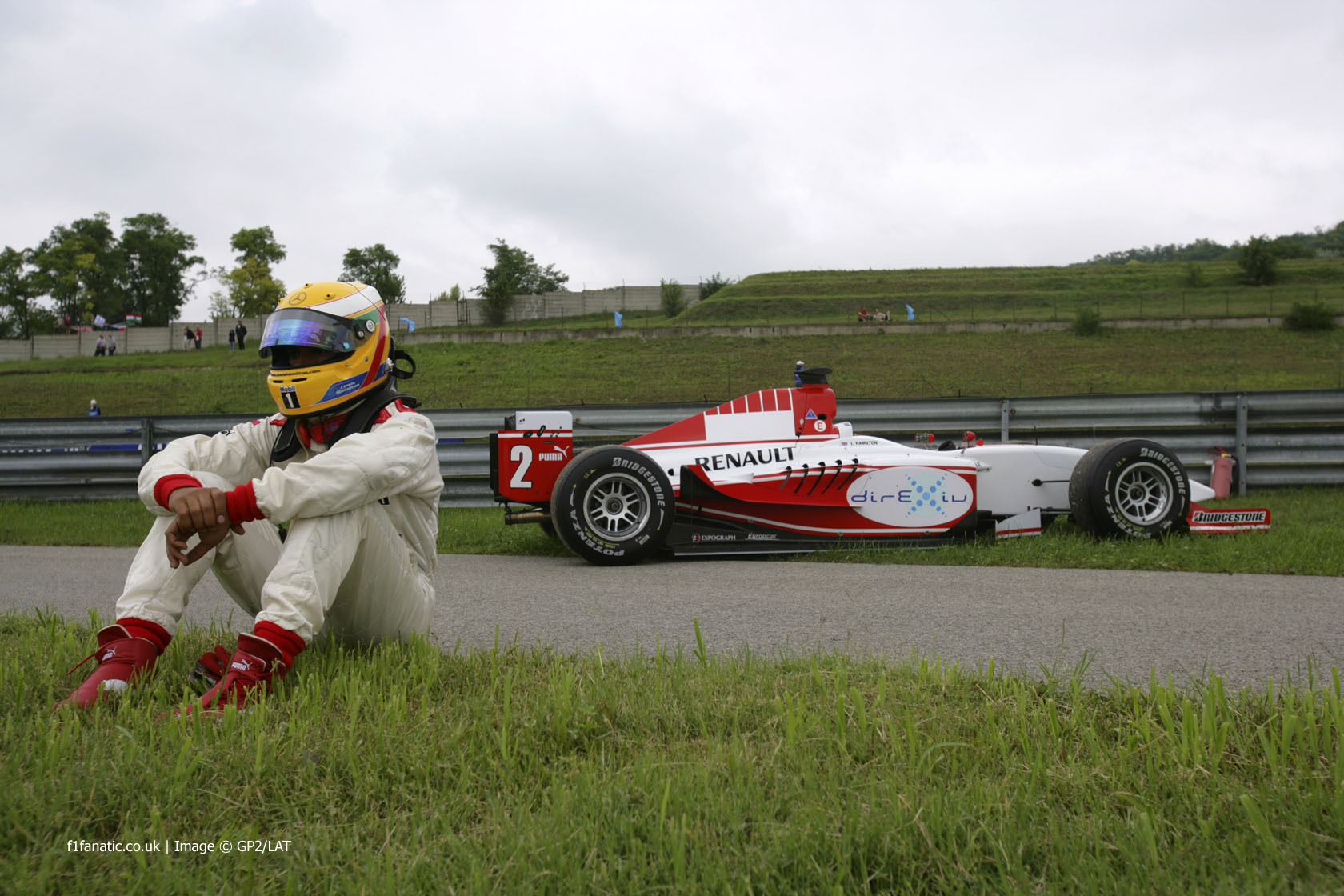 Who better to begin the first Caption Competition of the new year with than the reigning world champion?

Lewis Hamilton clinched his second Formula One drivers’ championship crown last year but this picture is from his final season before graduating to grand prix racing.

Hamilton won the GP2 title that year but a slip-up during qualifying at the Hungaroring, pictured above, threatened to hand the initiative to rival Nelson Piquet Jnr.

Can you come up with the best caption for this picture? Post your funniest suggestion in the comments below. A selection of the best will feature in a future edition of the F1 Fanatic Round-up.