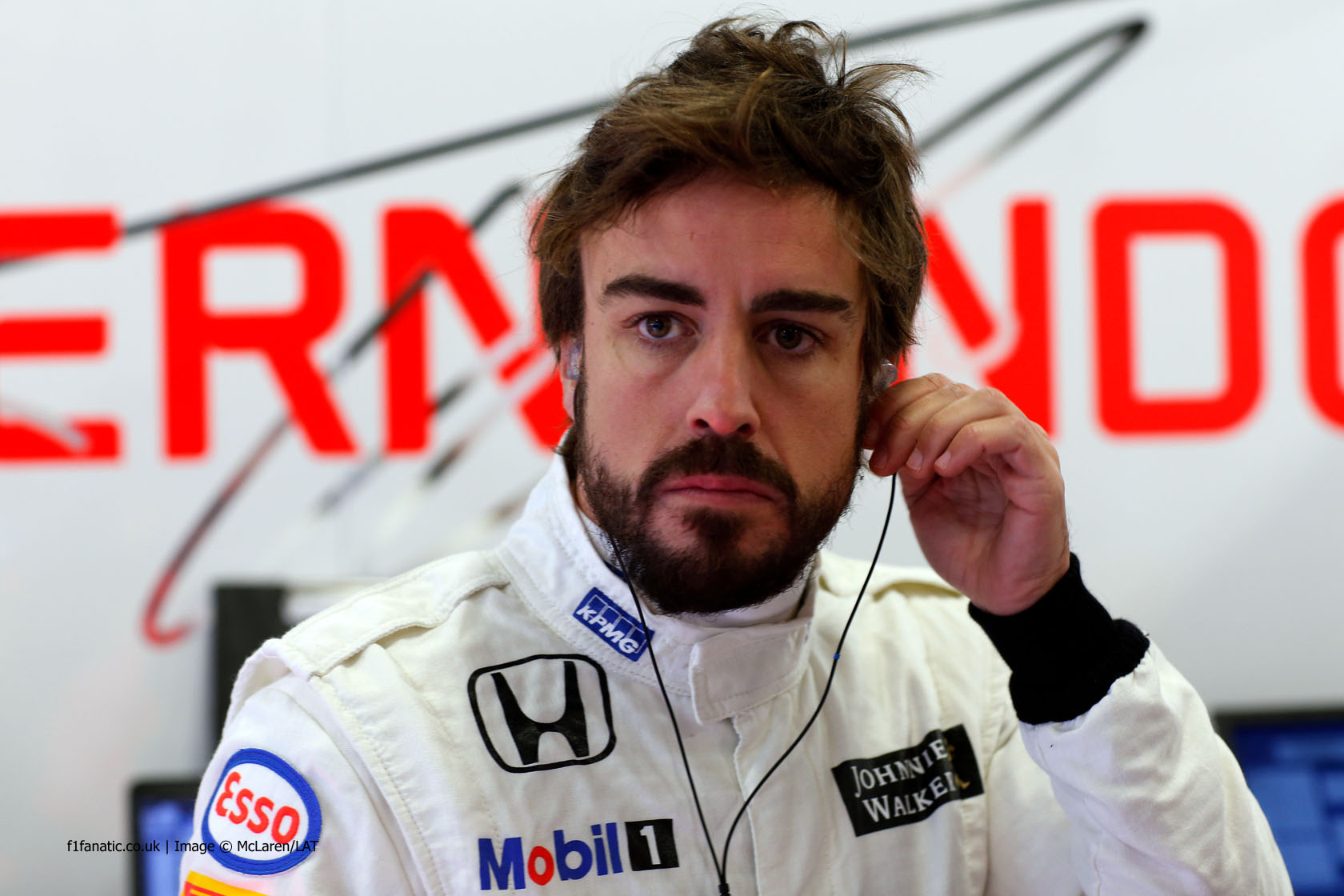 Fernando Alonso will not compete in the first race of the season in Australia, McLaren has confirmed.

Alonso sustained a concussion when he crashed during pre-season testing at the Circuit de Catalunya nine days ago. Although McLaren state his doctors have not found any evidence of injury, they have advised him not to participate in the weekend in order to avoid risk of another concussion.

“It will be tough not to be in Australia,” Alonso wrote on Twitter, “but I understand the recommendations”.

Kevin Magnussen will take Alonso’s place in the team’s line-up for the first grand prix weekend of the season from March 13th to 15th. The second, at the Sepang International Circuit in Malaysia, takes place two weeks later.

McLaren believe the crash was caused by windy conditions at the Circuit de Catalunya when Alonso went off.

Having performed an exhaustive series of tests and scans – some of them as recently as yesterday evening – McLaren-Honda driver Fernando Alonso’s doctors have informed him that they find him asymptomatic of any medical issue; that they see no evidence whatsoever of any injury; and that they therefore describe him as entirely healthy from neurological and cardiac perspectives alike.

However, Fernando’s doctors have recommended to him that, following the concussion he sustained in a testing accident at the Circuit de Barcelona-Catalunya on February 22nd, for the time being he should seek to limit as far as is possible any environmental risk factors that could potentially result in his sustaining another concussion so soon after his previous one, so as to minimise the chances of second impact syndrome, as is normal medical procedure when treating athletes after concussions.

In order to limit those environmental risk factors, specifically, his doctors have advised that he should not compete in the imminent Australian Grand Prix meeting, which will take place on March 13th, 14th and 15th.

Fernando has understood and accepted that advice, and the two McLaren-Honda cars will therefore be driven in Australia by Fernando’s team-mate Jenson Button and the team’s test and reserve driver Kevin Magnussen.

Fernando’s doctors acknowledge that he feels fit and well, and that he regards himself as ready to race, and, that being the case, they are comfortable with the fact that he has already recommenced physical training, with a view to preparing for a return to the cockpit of his McLaren-Honda car for the Malaysian Grand Prix meeting on March 27th, 28th and 29th. Indeed, his doctors are supportive of that ambition, satisfied as they are that he sustained no damage whatsoever during his testing accident on February 22nd.

All at McLaren-Honda fully support Fernando’s decision in respect of his doctors’ advice.