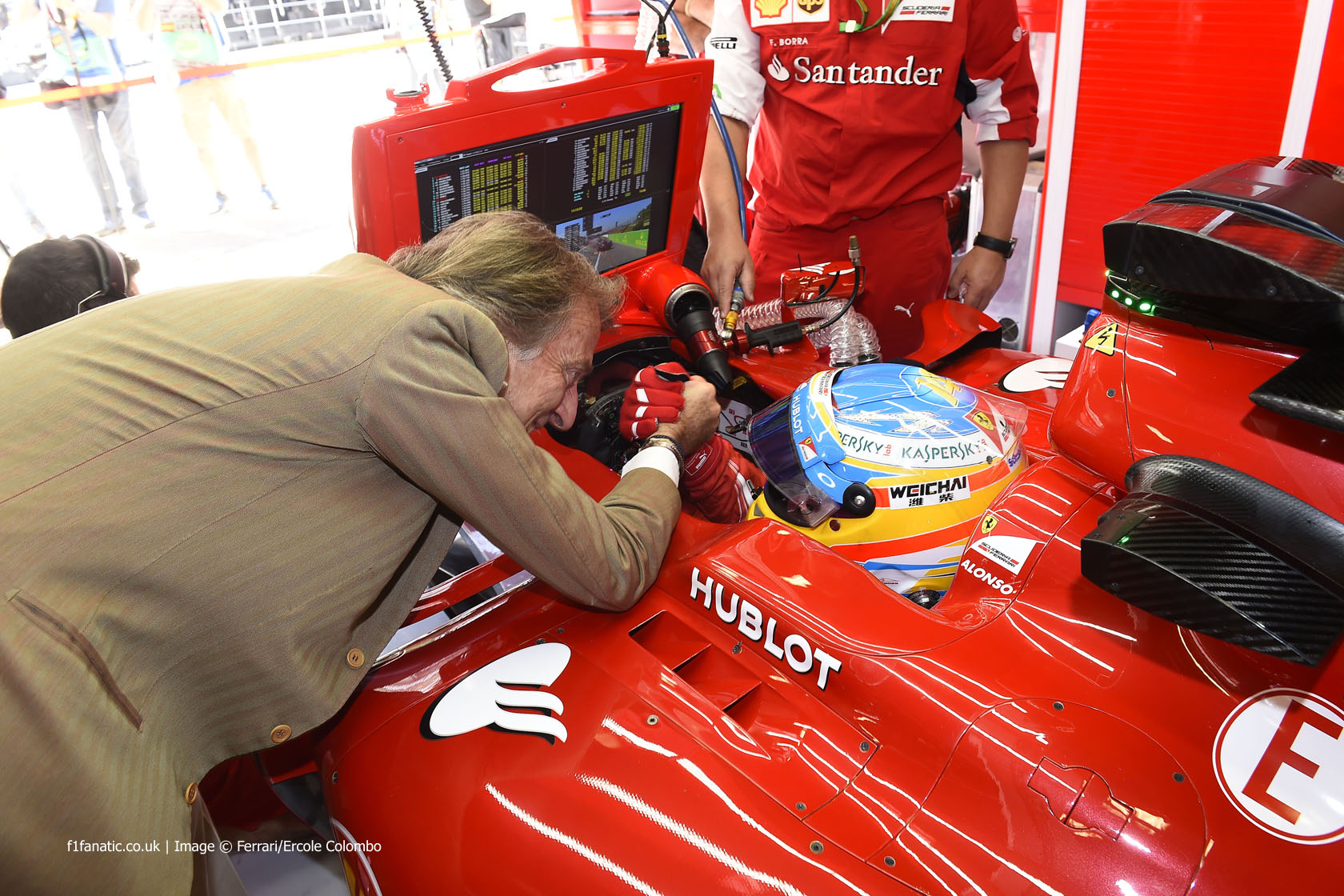 In the round-up: Ferrari president Luca di Montezemolo rubbishes reports Fernando Alonso could be lured to another team but says nothing about the questions over his own future.

“As is the case every summer, there is unfounded gossip about alleged problems with senseless rumours bandied about, such as the ones relating to Alonso’s contract or those of drivers’ salaries.”

“The court said today that the payment was made on time.”

“I don’t really worry about my race seat. There are always rumours, but it’s simple: getting the team eighth, ninth (in the championship) or whatever would be difficult with a pay driver.”

“When was your first big accident in a race car?
EG: That was in pre-season testing in Formula BMW. It was quite a shunt – but there was no harm to me.”

Exactly 1 week until I'm on the plane to Belgium and SPA! Had enough of this summer break stuff, bring… http://t.co/owAGHgskjg

A trenchant view on the performance of Mercedes’ drivers from Eric:

I wouldn’t place either of the Mercedes driver’s in the top ten even. Their season has, so far, been riddled with mistakes. Small ones and big ones.

Vettel and Hulkenberg have made far fewer mistakes combined than either of the Mercedes drivers have made so far. Vettel had two spins, one in third practice in Bahrain which damaged his floor and the one in Hungary which pretty much sealed his already-ruined-by-Safety-Car race.

Hulkenberg hit Perez in a really clumsy move in Hungary. That’s about it really.

Now compare that to the Mercedes drivers. If lost count at how many times Hamilton has messed up qualifying. If I had a nickel for every time I heard someone say ‘this track is Hamilton’s track, he will get pole easy’, well, I would have gotten at least a few nickels.

And Rosberg has been out-qualified quite a few times by other cars. How does that happen?

Seriously though, both Rosberg and Hamilton have made plenty of mistakes already. And I suppose they should be given some room for error being in a tight battle for the championship and all but I can’t remember Vettel making this many mistakes in 2012 or 2010 for that matter.
Eric (@Baron-2)

Michael Schumacher won the Hungarian Grand Prix on this day 20 years ago.

An article on this race, which also saw Jos Verstappen take his first podium finish, will appear later today as part of F1 Fanatic’s retrospective on the 1994 F1 season.