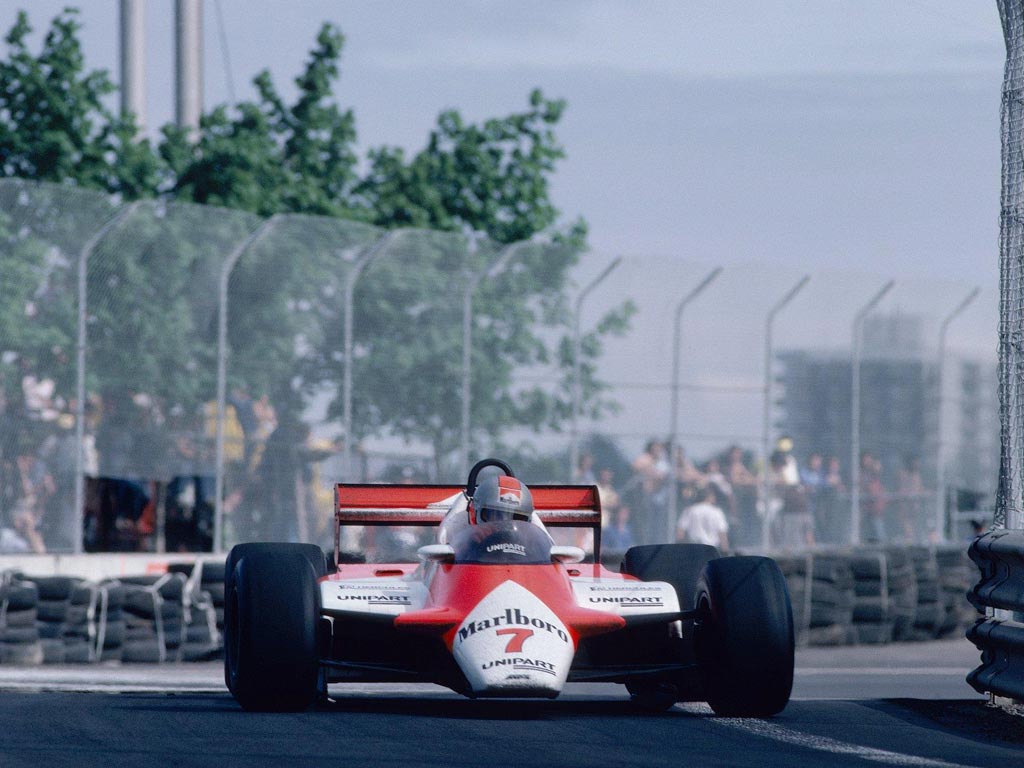 Sebastian Vettel started from pole position for the first time this year – and the 31st time in his 84-race career.

On Sunday he scored his 22nd race win, giving him as many as Damon Hill, putting him 11th on the list of all-time winners.

Several times last year he was warned not to set fastest lap at the end of the race to preserve his car. That seemed to be less of a concern as he was chased home by Kimi Raikkonen, and Vettel posted the tenth fastest lap of his career.

He now has as many as Graham Hill, John Surtees and Mario Andretti.

Pole position, fastest lap and victory gave Vettel his fourth hat-trick – his others coming at Britain in 2009, and Valencia and India last year. Only ten drivers have achieved more, including Michael Schumacher (22) and Fernando Alonso (5).

Vettel has become the fourth different leader of the world championship in as many races this year, following Jenson Button, Fernando Alonso and Lewis Hamilton. He is also the fourth different driver to win in as many races this year. The last time that happened was in 2003, when David Coulthard, Kimi Raikkonen, Giancarlo Fisichella and Michael Schumacher won the first four races.

Red Bull became the fourth different team to win in the opening four rounds, which hasn’t happened since 1983. On that occasion the winners were Brabham (Nelson Piquet), McLaren (John Watson), Renault (Alain Prost) and Ferrari (Patrick Tambay). There was a fifth different winner in the next race – Keke Rosberg for Williams.

This was Red Bull’s 28th win and 39th pole position – the latter putting then level with Brabham. Only five teams have set more pole positions than Red Bull.

Two Lotuses on podium for first time since 1979

Kimi Raikkonen made his return to the F1 podium for the first time in three years – he last stood there when he finished third for Ferrari at Monza in 2009.

Team mate Romain Grosjean joined him for his first podium appearance. He is the first Frenchman to stand on the podium since the 1998 Belgian Grand Prix, when Jean Alesi came third for Sauber.

This also meant we had two Lotuses on the podium. To find when that last happened you have to go back 33 years and two iterations of Lotus to the 1979 Spanish Grand Prix, when Carlous Reutemann and Mario Andretti finished second and third.

Interestingly, the pair were driving different cars: Reutemann a Lotus 79, which had won the championship the year before, Andretti the new Lotus 80, which proved uncompetitive and made just that single visit to the podium.

The last single-car podium finish for a Lotus was Nelson Piquet’s third place in the 1988 Australian Grand Prix.

Today’s Lotus are, of course, a continuation of the Toleman/Benetton/Renault outfit. Their last two-car podium finish came in the 2006 Japanese Grand Prix, won by Fernando Alonso with Giancarlo Fisichella in third.

Mark Webber finished in fourth place for the fourth race in a row. This many consecutive finishes in the same position other than first place is quite unusual: it’s only happened on four previous occasions:

No-one has ever finished in the same position (other than first place) for five consecutive races, so this decidedly random record is Webber’s to win in Spain.

This was the first time Lotus had led a race since Ayrton Senna in the 1987 Japanese Grand Prix.

For Force India, it was only the second time they’d ever led a race, the first being at Spa-Francorchamps in 2009, courtesy of Giancarlo Fisichella. Sixth place for di Resta equalled his best result in F1.

Eight different drivers have led laps in 2012 which is as many as we saw in the whole of last year.

And eight different drivers have finished on the podium, one more than last year.

For his 15th F1 start Daniel Ricciardo lined up a personal best sixth on the grid for Toro Rosso. But just as when Jaime Alguersuari started sixth for them in Spa last year, it all went wrong at the start – Ricciardo damaged his front wing and was shuffled back in the back.

Ricciardo is 4-0 up against Jean-Eric Vergne in qualifying this year, but Vergne has been ahead of him on the track for 194 out of 226 laps.

Felipe Massa scored his first points of the year, leaving the Caterham, HRT and Marussia drivers the only ones left on zero.

Sauber failed to score points for the first time this year.