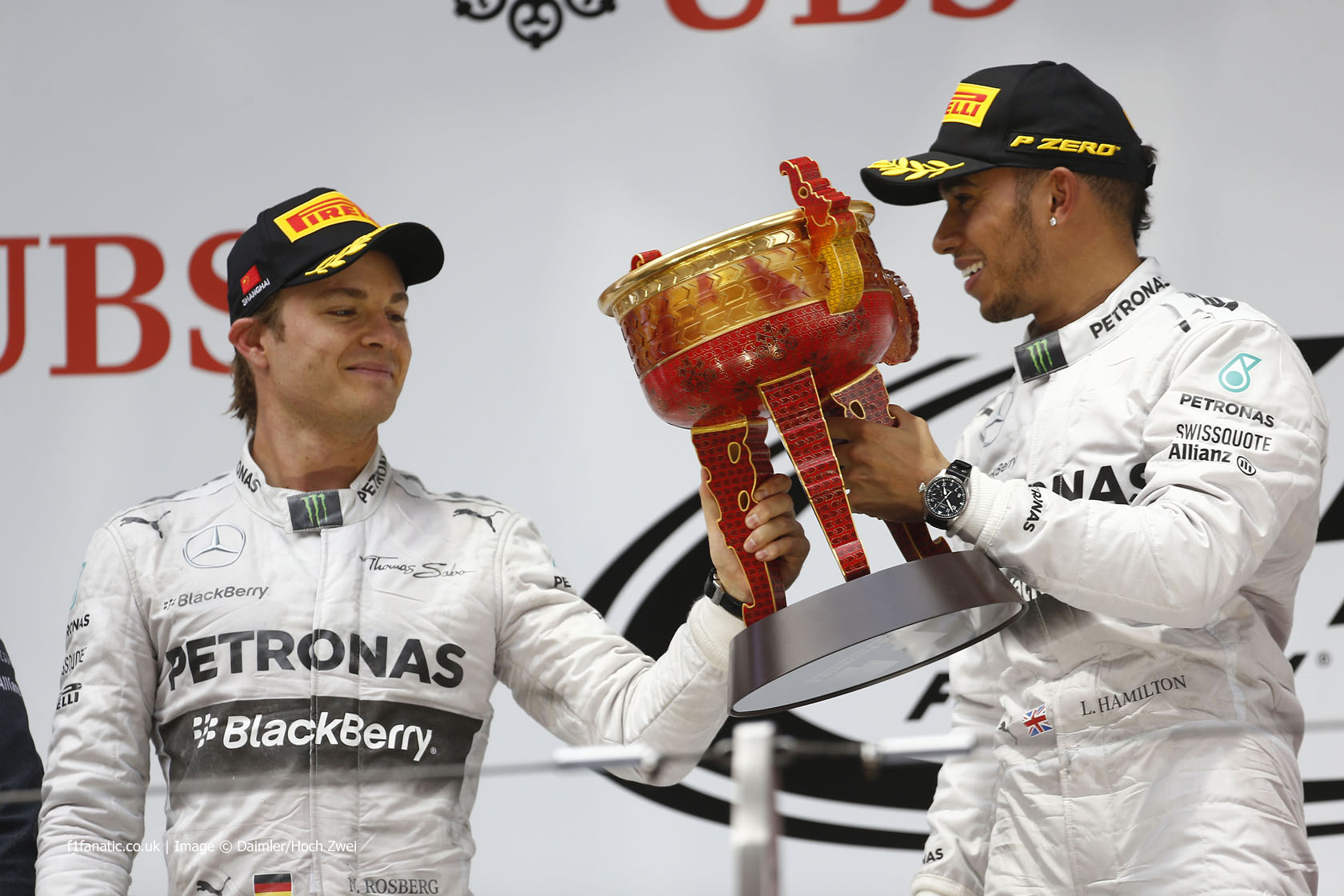 Lewis Hamilton could win every race between now and the season finale at Abu Dhabi yet still lose the championship – due to the new double points rule.

With twice as many points being awarded at the final race of the year Hamilton could end the season with thirteen wins to Nico Rosberg’s five yet still be outscored by his team mate.

It would mean Hamilton winning all bar six of this year’s nineteen rounds, yet not being awarded the title.

The scenario it is not entirely far-fetched. Mercedes have had a significant performance advantage over their rivals in the first half of the season and have already scored six one-two finishes in the first ten races.

That included a run of four races where Hamilton won and Rosberg finished second. But even if that were to happen again twice over the coming rounds, victory for Rosberg in the double points finale would still secure him the championship, providing Hamilton finished lower than eighth or retired.

Here’s how the final points table would look in that scenario:

This situation could only occur because of the double points rule. Without it, given these same finishing positions, Hamilton would head to Abu Dhabi already champion on 376 points to Rosberg’s 334. Instead he would be left worrying that a piece of ill-timed misfortune might deny him the title, as his team mate claims the only 50-point race win of the year.

As it stands Hamilton needs to do more than just win races to increase his chance of winning the championship – he badly needs Rosberg to finish further down the running order. That’s not likely to happen without some misfortune on his team mate’s part.

It also means the chances are rising that the hugely unpopular double points rules will end up deciding the outcome of the championship.

Bernie Ecclestone’s plan to award double points at the final race was strongly criticised by fans when it was announced last year. In a recent F1 Fanatic poll 96% of readers opposed it.

Work out how the championship could be decided using the F1 Fanatic Points Calculator: