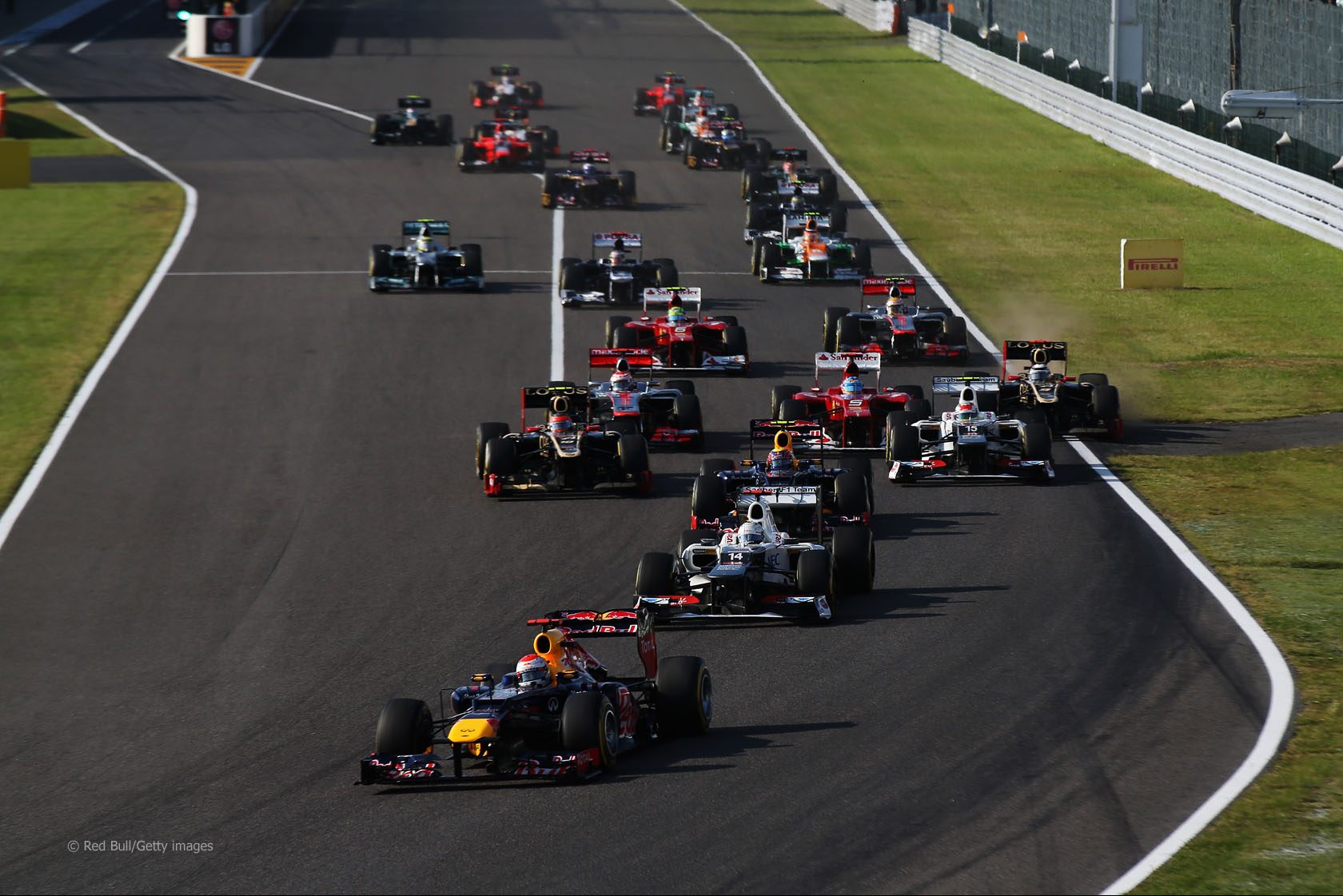 It’s already race day at Suzuka and despite growing fears over the threat from typhoon Phanfone the scheduled start time of the Japanese Grand Prix remains unchanged.

The decision the FIA has had to make about whether to bring the start time of the race forwards is an unenviable one. The situation has evolved since the beginning of the week but has tended to involve a high degree of uncertainty about the extent of the storm’s effect on the local area.

The complexities of rescheduling live broadcast coverage, when satellite feeds will have been booked far in advance, will inevitably have discouraged a move to an earlier start time.

But with heavy rain and high winds forecast to worsen throughout the day, starting the race early may have increased the chance of it going ahead without serious disruption, and make it easier for teams to ensure they are ready to travel to the Russian Grand Prix in seven days’ time. Even after qualifying Fernando Alonso was still raising this as a possibility.

The FIA’s official weather forecaster UBIMET is warning of a “massive threat” to the race from the storm, but the governing body is gambling against that by sticking to the scheduled 3pm start time. With rain forecast throughout the day, and sunset falling at 5:30pm, it potentially leaves a very narrow window in which the Japanese Grand Prix can go ahead.

“The rain will largely be persistent – possibly with an occasional drier interlude – but also it will become heavy at times, this more likely after midday,” Ubimet advises. “At the scheduled time a wet race seems to be a likely scenario.”

There are plenty of recent examples of how Japan’s severe rainfall can make racing impossible. Last year’s six-hour World Endurance Championship round at Fuji was stopped after 16 laps, all spent behind the Safety Car. Following that the FIA-run series introduced a new rule stating that points would not be awarded for any race in which the leader had not completed at least two laps of green-flag running.

Formula One does not have the same rule, and it will only take two laps behind the Safety Car for the race to be worth half-points. Three-quarter distance must be completed for full points to be awarded, but under F1 rules all of it can take place behind the Safety Car.

Therefore race control will be aware that if they send the field off behind the Safety Car on Sunday with no serious hope of getting any green-flag running, they could be opening F1 up to ridicule by awarding points for a race in which no racing takes place.

But this is very much a worst-case scenario. It remains possible the conditions will be suitable for at least some racing to take place.

As all the running so far this weekend has taken place on a dry track, a wet race will be a nerve-shredding test of the drivers’ skills on one of F1’s least forgiving tracks. A standing start is unlikely in very wet conditions due to visibility concerns. However if we do get one Suzuka’s long, 545m run to turn one is often a scene of drama.

Last year Romain Grosjean blasted into the lead from fourth on the grid. The year before that Fernando Alonso tripped over Kimi Raikkonen and badly damaged his championship hopes.

And as for what happens when two championship contenders share the front row at Suzuka, no one is likely to forget what happened in 1990. Not that either Mercedes driver has a particular motive or incentive to shove the other off the track in quite as blatant a fashion as that.

In the event of a dry race Pirelli expect teams to prefer a two-stop strategy with a bias towards the medium tyre. However no teams bothered to save any new sets of medium tyres for the race, apart from Mercedes who didn’t need to use them, indicating they expect to be using the as-yet-untouched wet and intermediate tyres.

Red Bull are staking their chances of victory on a set-up geared towards wet weather conditions. “On face value, sixth and ninth aren’t exactly stellar grid positions but, with the decision on set-up that we made for tomorrow’s race due to the inevitability of rain at some point, hopefully that will pay dividends tomorrow,” said team principal Christian Horner. “We will see in 24 hours.”

With Mercedes not going down the same route and Williams having previously struggled in wet conditions, that points towards a race which should be a closer contest than qualifying was. Providing, of course, that it’s wet – and not too wet.

Should the race start time have been moved forwards? And who do you think will win?

88 comments on ““Massive threat” to race from typhoon Phanfone”