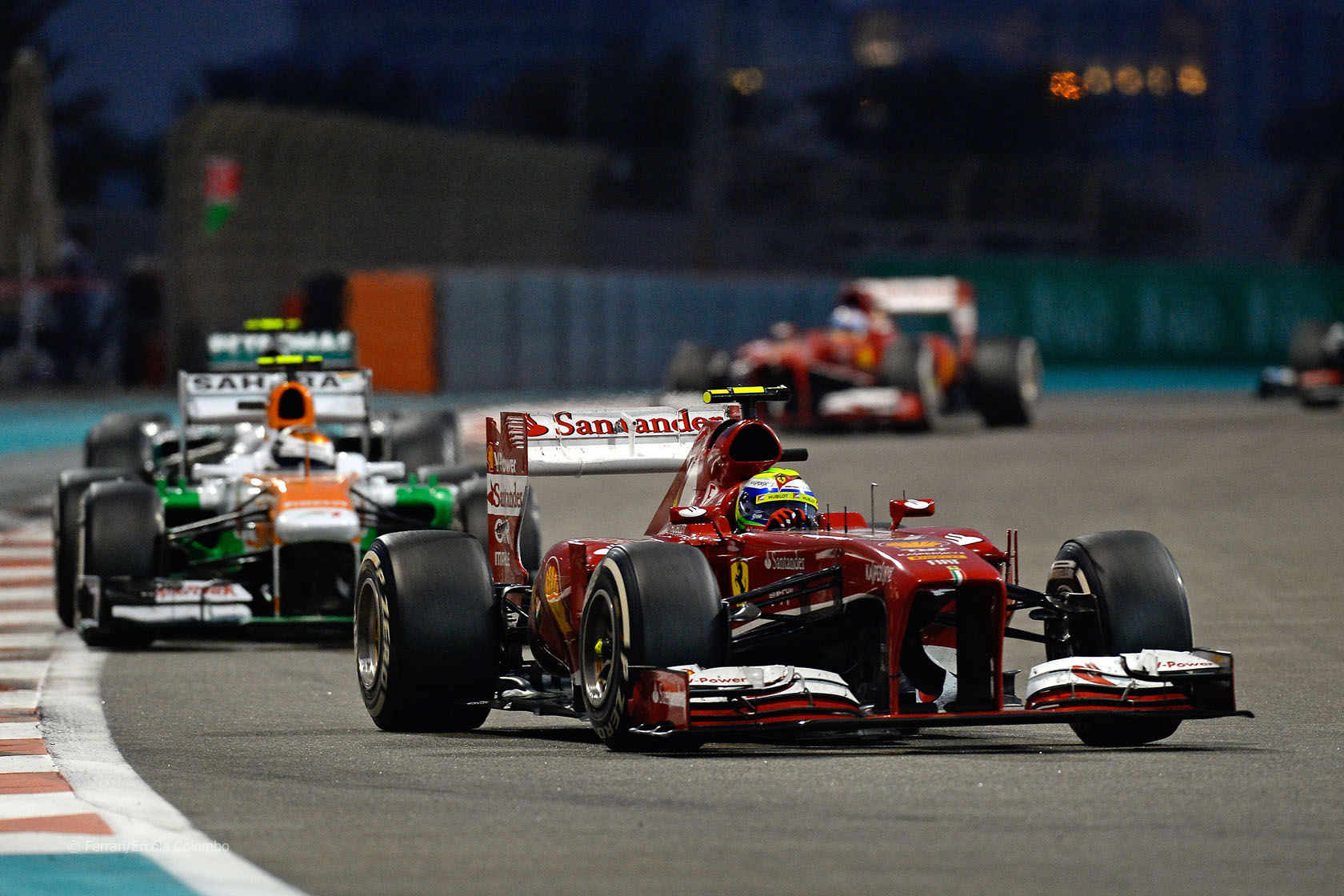 Yesterday’s FIA announcement that double points will be awarded for the last race of 2014 was a worrying sign Formula One’s dependence on gimmicks has become an addiction.

It was met with howls of derision from F1 Fanatic readers. Over 300 comments, the vast majority of which sharply critical of the plan, appeared on the article in less than 12 hours.

Some expressed the hope that this was not a realistic proposal, merely an exercise in off-season headline-grabbing, such as the suggestion that artificial sprinklers could be used to create more wet weather races.

I am not so optimistic. The sprinklers plan was concocted solely by Bernie Ecclestone and mentioned to a few reporters to guarantee F1 a few column inches in the winter months.

But the plan to double points for the final race of the season was unanimously approved by F1’s new Strategy Group and the Formula One Commission, and rubber-stamped by Jean Todt himself.

“These changes are immediately applicable, given the mandate assigned to the FIA President at the last World Motor Sport Council meeting, held on 4 December in Paris,” the FIA press release noted. Double points for the last race of 2014 will happen unless all concerned take their sensible pills over the holidays.

The decision to devalue 18 of the 19 races on the 2014 F1 calendar was taken “to maximise focus on the championship until the end of the campaign”.

One would not have to be unduly cynical to note this unexpected rules change coincided with Abu Dhabi’s relocation to the end of the season. Have the Yas Marina circuit owners coughed up some extra money for a double-points end-of-season ‘spectacular’?

Nor should it be forgotten that the teams’ FIA entry fees are directly linked to the number of points they score. That may diminish hopes the new rule will be weeded out before the V6 engines fire up in Melbourne in 94 days’ time.

But there remains the possibility that those in charge will realise the self-defeating folly of introducing a rule purportedly to make F1 more appealing which the vast majority of fans actively dislike.

In the social media era the FIA, FOM and teams have no excuses for failing to be aware of popular opinion. The reaction against the new rule has been voluble and extremely negative.

At the time of writing 90% of almost 600 responses to this F1 Fanatic poll are against the plan: a point made by The Times in its story on the new rules*.

It sends a depressing signal that those in charge of F1 no long view it as a ‘sport’ but merely as ‘entertainment’ – something to be manipulated by any means necessary to produce a storyline.

This is why so many fans oppose the plan so strongly and will no doubt continue to put those complaints to the teams and the FIA on Twitter, Facebook and every available avenue over the coming weeks.

It is a worrying trend in the development of Formula One’s rules. When a football match ends nil-nil a cry does not go up for goals to be widened for any team which is struggling to score. Yet in DRS that was F1’s response to the difficulty of overtaking.

If a football season is decided before the concluding matches, do they increase the points for the final game? Of course not.

Those running F1 need to have the some faith in their core product, wean themselves off their addiction to gimmicks and work at the deeper problems affecting the sport. Such as the negative effect aerodynamic turbulence has always had on the racing, and why F1 has gone 18 years without a full grid of cars.

237 comments on “F1 demeans itself with double points gimmick”